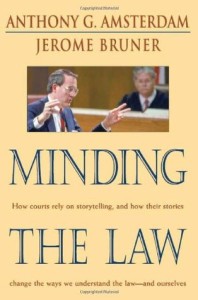 END_OF_DOCUMENT_TOKEN_TO_BE_REPLACED

Cultural psychology is an interpretative discipline. Its strategies are hermeneutical rather than causal or correlational. This does not mean that crops do not fail, droughts do not destroy habitation patterns, or that years of schooling do not correlate with income. What leads Balinese villagers to place such ruinous wagers on the outcomes of cockfights is their interpretation of the meaning of such cockfights in their communal lives. And that interpretation derives from a communal conception of how Balinese society operates, which in turn, can be further clarified by understanding the superorganic’ history of Balinese society – its power structure, its treasury of narrative forms, its founding myths, and the like. So too with droughts and years of schooling. Obviously they can be ‘measured’ and correlated with other ‘variables’. But in a deeper sense, there are no truly independent variables, ones completely independent of the interpretations placed upon them by those ‘subjects’ (as psychologists like to call people) whose reactions constitute our dependent variables. This does not mean that we cannot use statistics or our beloved analysis of variance, but that one needs to interpret what such methods yield in more than an off-the-cuff spirit. (p. 205)

Our task as human scientists is to explicate for each other how human living arrangements work. Our explanations often have powerful effects on those very arrangements, for we, as human scientists, are part of the ‘reality’ that we seek to understand. The irony is that it was physics that taught us the advantages of leaving behind the kind of positivist realism that hampered efforts to understand the natural world. Without some conception like constructivism we would be totally the victims of reductionist dogmatism. (p. 214)