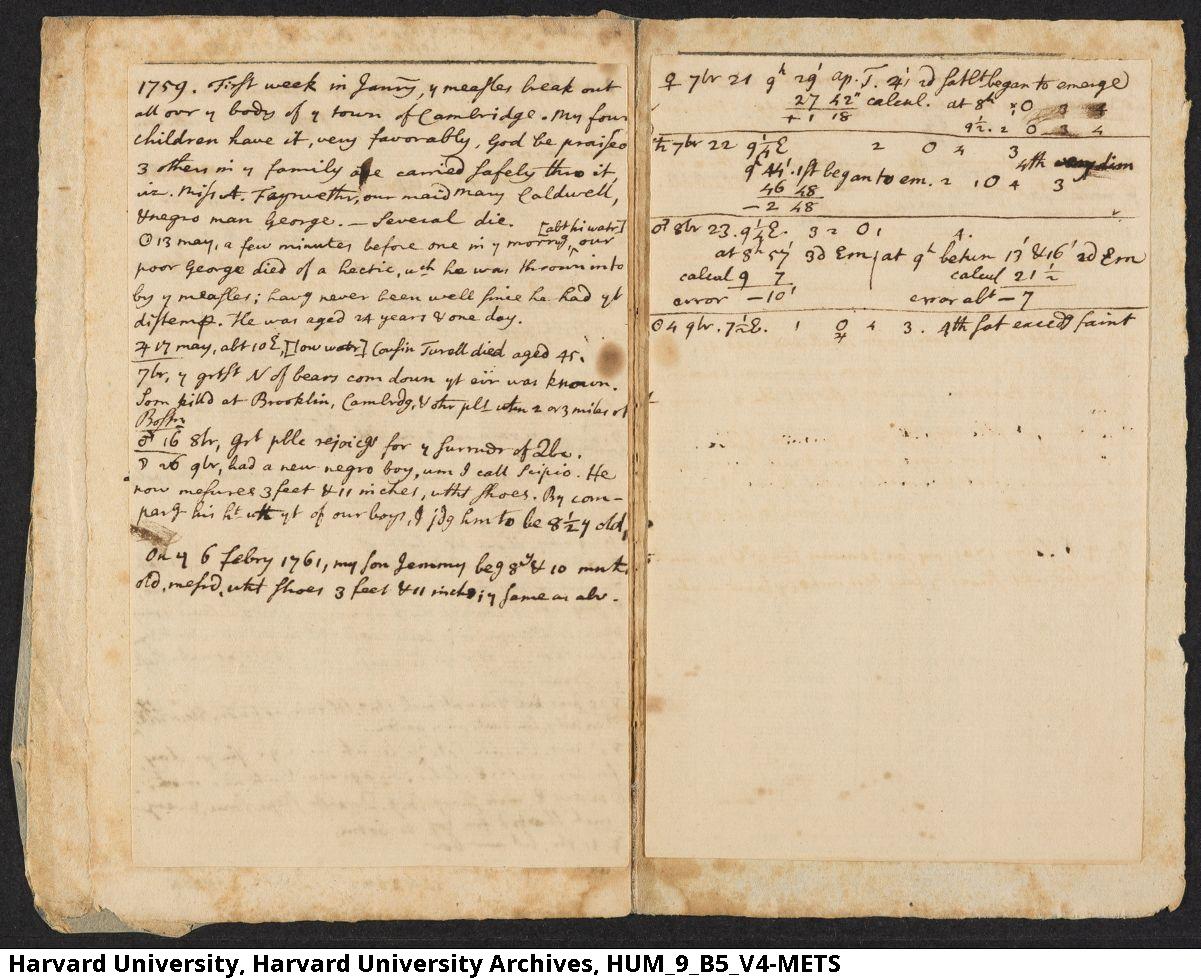 Last Spring while I was attending a session of a class with professor Annette Gordon-Reed at the Harvard Law School, she shared with us some lines she once read in an archive about a person who had just received an enslaved child separated from his family in a plantation in the American south. The person witnessed the child crying loudly and disconsolately, and asked something along the lines of: “Is it that he is feeling longing for his mother?” This was the level of strangeness with which enslavers looked at the people they owned. Their feelings, their humanity were just an improbable thought for them. Even in a class in which we touched upon many horrible episodes of American history in which law served to protect the institution of slavery, this story was certainly overwhelming for the students.

A similar strangeness when looking at an slaved person I found in a episode documented by the 2022 Report of the Presidential Comittee on Harvard & the Legacy of Slavery. John Winthrop, a professor of mathematics and natural philosophy at Harvard between 1738 and 1779, was an owner of slaves. After the death of George, an enslaved young man of Winthrop’s, he acquired another enslaved person, a child. In his notes, he shows interest in the age of the boy. He uses his height and the comparison with “his boys” to conclude that the enslaved child might have been eight and a half years old. Once again it strikes me the strangeness with which John Winthrop sees the boy he is meeting for the first time and, at the same time, the dehumanized way in which he goes about guessing his age. However, this time the protagonist of the story is not an unknown person in the 18th century American south but a former professor and former president of the university in which I am studying.

The Report of the Presidential Comittee on Harvard & the Legacy of Slavery is succesful in bringing the community closer to the legacies of this past. Perhaps because the project was led by historians rather than by social scientists, the report focuses less on statistics about the involvement of the university with slavery and more on narrating real stories. This shows more powerfully how much slavery was part of the quotidian life as well as of the academic discussions of members of the Harvard community in the 17th, 18th and 19th century despite the campus being geographically far away from the southern plantations with which we normally associate the institution of slavery. Winthrop is a relevant name in the history of the university, of Cambridge and perhaps of the country, since he was contemporary with important Harvard characters like John Adams, the second president of the United States. But the story of Winthrop strikes a chord with me because I see that name all around me. Winthrop is the name of the beautiful undergraduate house that I see every time that I go to run along the river. Winthrop is the name of the park near Harvard Square where I go with friends to eat on the weekends.

Going back to the archival source, the actual record annotation of Winthrop makes me wonder how many other enslaved people might have been owned by prominent members of the Harvard community, which we do not know of from the study of the archives. The notes of Winthrop are not written in a diary but in an Ames Almanac. These almanacs in the 18th century contained notes and writings by the editors (in this case, Nathaniel Ames) about different topics of general interest: in the case of 1759 the almanac contained an explanation about the characteristics of the solar system. Interwoven with the pages of the dates and events of the year there were also prints about eclipses, weather, value conversions for gold and poems. The 26 pages almanac had only 4 blank pages used by Winthrop for brief notes. Hence, the notes contained not annotations about his daily life, but records of scattered events such as the presence of bears in the area or the surrender of Quebec as part of the Seven Years War.

The page that mentioned the dead of George and the acquisition of a new “negro boy” is centered more in an outbreak of measles in Cambridge that year. George died of complications of measles in May of 1759. Thus, I wonder whether we would know about him at all if he had died of another cause. Maybe the presence of enslaved people in the life of professors, authorities and students at Harvard was so quotidian that the passing of one of them might not make it to the notes in an almanac unless it is part of an extraordinary event such as the outbreak of a disease in the city.

Scipio was the name of the “new negro boy” of Winthrop. Winthrop chose the name when he first was presented with the boy. Rather than considering the own identity of the boy, a scholarly figure like him might have thought in the main classical figure of the African continent as seen by Europeans when thinking of a name for a boy so strange to him that no other mention of Scipio has been found in his records.