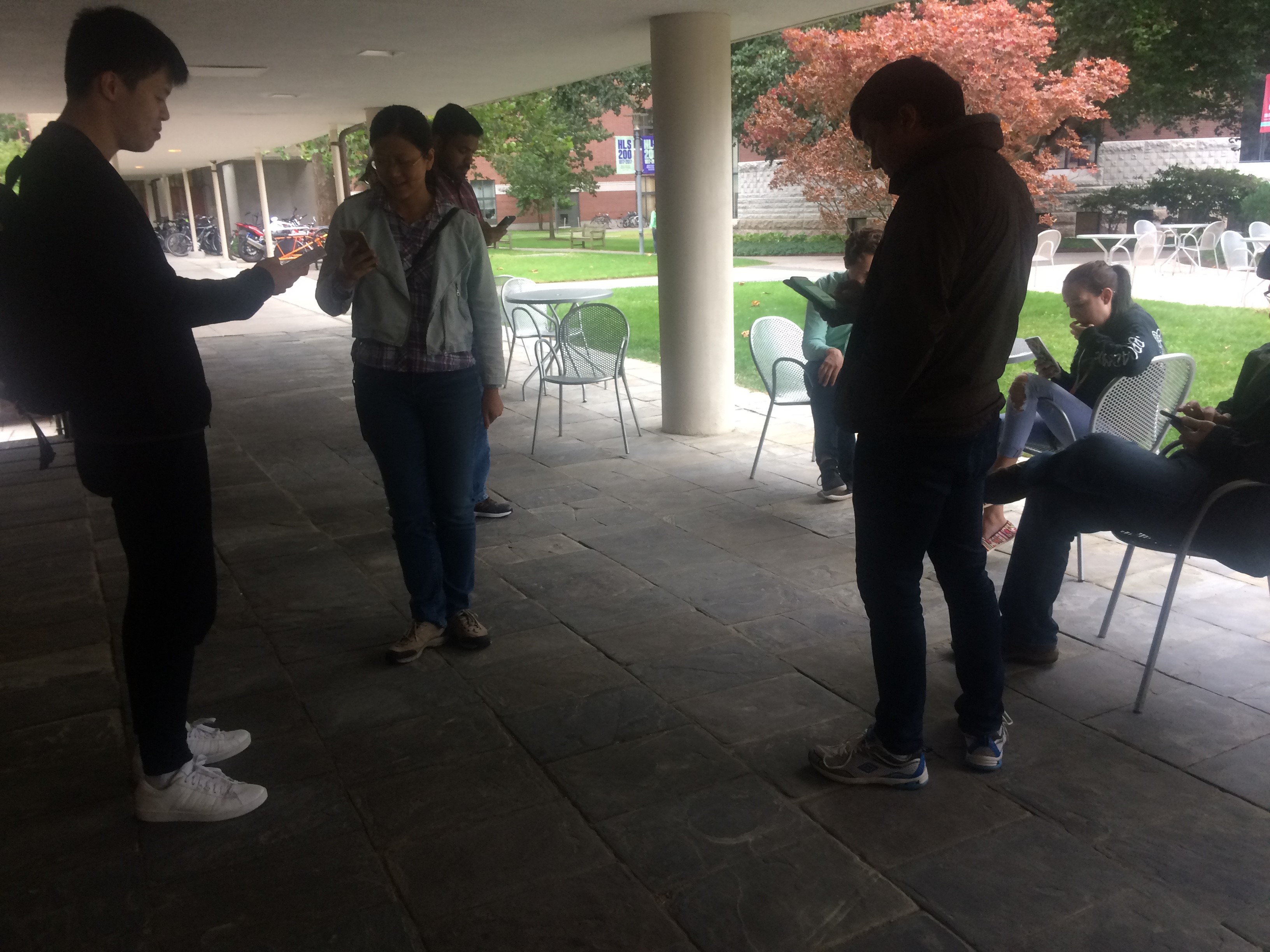 Going out of Dudley House after eating dinner I saw an Asian couple thrilled for having captured a Mewtwo (I still don’t understand how you get a Mewtwo). We started to talk and they eventually added me to a facebook group called Camberville Raids(Cambridge + Sommerville) where people coordinate to get together and play the raids in Harvard and surroundings. I knew that eventually this would happen, there had to be people playing around in Harvard. The first month here I barely opened the application with the million of things that I had to do, but now, knowing more or less how everything moves over here, I decided to give it a shot with the raids. Also because this is the last month with Raikou in the US, then another legendary will be coming. So today that I was reading in Widener Library, I saw someone calling people through the group for a raid in the Gym next to the Law School. I took my Ipad and my coat and went there. A group of 11 people got together and I had my first serious battle with Raikou. Many Golems and many Rhydons in the team helped us defeating really fast the poke and I received 12 special pokeballs. It was I think the fourth one with golden berry and an “excellent” shot that gave me my first Raykou. As Luzu would say, Raikou is here! Harvard is just keeps getting better and better.