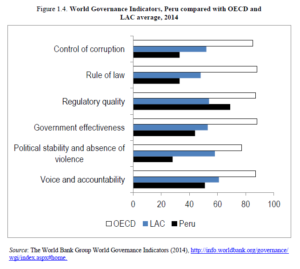 As protests continue, Nicolás Maduro says his side ‘would never give up’ amid chaos: ‘What we failed to achieve with votes, we would do with weapons’

As the death toll continues to rise from three months of political unrest in Venezuela, the country’s president, Nicolás Maduro, has warned that his supporters will take up arms if his government is overthrown.

Speaking at a rally to promote a 30 July vote for a constituent assembly, Maduro said he would fight to defend the “Bolivarian revolution” of his predecessor Hugo Chávez.

“If Venezuela was plunged into chaos and violence and the Bolivarian Revolution destroyed, we would go to combat. We would never give up, and what we failed to achieve with votes, we would do with weapons. We would liberate the fatherland with weapons.”

His comments, which were broadcast live to the country, came amid reports of one of the worst outbreaks of looting in three months of deadly protests.

Some 68 businesses, including supermarkets, liquor stores, bakeries and food shops were ransacked in a wave of lawlessness that began Monday night in the city of Maracay, 100km west of Caracas, and continued well into Tuesday afternoon.

“I have never seen anything like this. It’s been non-stop. Like we are in a war,” said Rodrigo Ruz, an insurance broker who lives in Maracay. “I went to sleep with the sound of shots and mayhem and it’s now midday and it hasn’t stopped,” he added.

According to Ruz, there was virtually no police presence in the streets of Maracay and the neighboring suburb El Limon, where the violence was at its worst.

Local media reported that several people were injured, including a 17-year-old who was shot in the throat with a gun and was declared “braindead”.

Videos circulating on social media showed at least a dozen supermarkets being ransacked by looters. The headquarters of the governing party, the PSUV, was also reportedly burnt.

In a separate incident on Monday night in eastern Caracas, security forces were prevented from entering a middle-class gated community by inhabitants, who fired at them from nearby buildings. Three national guard members suffered gunshot injuries.

For nearly three months, opposition activists have been staging unrelenting protests against a government they accuse of chronic mismanagement and increasingly authoritarian behaviour. The once-prosperous oil-producing country has suffered from rocketing inflation and spiraling crime rates.

More than 80 people have died since the clashes began in early April, but Monday night’s violence marked the first time that street clashes have spiraled into more generalised anarchy.

Maduro, who accuses protesters of being terrorists trying to wage a US-backed coup attempt against his government, is pushing for a constituent assembly that would redraft the country’s constitution.
The move has been rejected by both the opposition and by a growing number of dissidents from within his own party.

On Tuesday, Maduro said the “destruction” of Venezuela would unleash a refugee wave dwarfing the migrant crisis in the Mediterranean.

“Listen, President Donald Trump,” he said. “You have the responsibility: stop the madness of the violent Venezuelan right wing.”

Julio Borges, head of the opposition-led national assembly just said that Maduro’s statement could not be taken lightly.

“It is the clearest acknowledgment that Venezuela lives a dictatorship that intends to impose itself – against the democratic spirit – through a constituent assembly that will only deepen the social, political and humanitarian crisis that affects the country”. 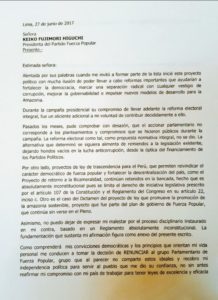