Bahrain announces it is cutting all ties with Qatar 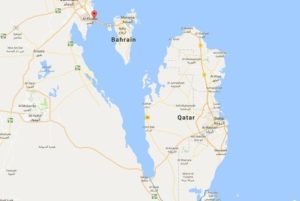 Bahrain has announced it is cutting diplomatic ties with Qatar, according to a statement carried on Bahrain News Agency.

The statement on Monday morning said Bahrain decided to sever ties with its neighbor “on the insistence of the State of Qatar to continue destabilizing the security and stability of the Kingdom of Bahrain and to intervene in its affairs”.

The statement also said Qatar’s incitement of the media and supporting of terrorist activities and financing groups linked to Iran were reasons behind the decision.

“(Qatar has) spread chaos in Bahrain in flagrant violation of all agreements and covenants and principles of international law Without regard to values, law or morals or consideration of the principles of good neighborliness or commitment to the constants of Gulf relations and the denial of all previous commitments,” the statement read.

Qatari citizens have 14 days to leave Bahraini territories while Qatari diplomats were given 48 hours to leave the country after being expelled.

Meanwhile, Bahrain has has closed both air and sea borders with Qatar.

U.S. Debt by President: By Dollar and Percent

But these aren’t accurate ways to measure the debt created by each president.

Why? The president doesn’t have much control over the debt added during his first year in office. That’s because the budget for that fiscal year was already set by the previous president.

For example, President Bush took office in January 2001. He submitted his first budget in February. But that was for FY 2002, which didn’t begin until October 1. For the first nine months of his new term, Bush had to live with President Clinton’s last budget. That was FY 2001, which continued until September 30, 2001. This is why no new president is accountable for the budget deficit in his first year in office.

Yes, it’s confusing. But the federal fiscal year is set up that way to give the new president time to put together his budget during his first month in office.

The Best Way to Measure Debt by President

Each year’s deficit takes into account budgeted spending and anticipated revenue from proposed tax cuts or hikes. For details, see Deficit by President and Deficit by Year.

But there’s a difference between the deficit and the debt by president. That’s because all presidents can employ sleight of hand to reduce the appearance of the deficit.

They can borrow from federal retirement funds. For example, the Social Security Trust Fund has run a surplus since 1987. That’s because there were more working people contributing via payroll taxes than retired people withdrawing benefits. The Fund invests its surplus in U.S. Treasury notes. The president can reduce the deficit by spending these funds instead of issuing new Treasuries.

Obama’s budget increased defense spending to between $700 billion and $800 billion a year. Federal income was down, thanks to lower tax receipts from the 2008 financial crisis. He also sponsored the Patient Protection and Affordable Care Act. It was designed to reduce the debt by $143 billion over ten years. But these savings didn’t show up until the later years. For more, see National Debt Under Obama.

George W. Bush – President Bush added the second-greatest amount to the debt, at $5.849 trillion. But this was the fourth-largest percentage increase out of all the presidents. Bush increased the debt 101 percent from where it started on September 30, 2001, at $5.8 trillion. That’s the end of FY 2001, which was President Clinton’s last budget. Bush responded to the 9/11 attacks by launching the War on Terror. That drove military spending to record levels of $600-$800 billion a year. It included the Iraq War, which cost $807.5 billion.

President Bush also responded to the 2001 recession by passing EGTRRA and JGTRRA. The Bush tax cuts further reduced revenue. He approved a $700 billion bailout package for banks to combat the 2008 global financial crisis. Both Presidents Bush and Obama had to contend with higher mandatory spending for Social Security and Medicare. For more, see President Obama Compared to President Bush Policies.

Franklin D. Roosevelt – President Roosevelt increased the debt the most percentage-wise. Although he only added $236 billion, this was a 1,048 percent increase from the $23 billion debt level left by President Hoover. Of course, the Great Depression took an enormous bite out of revenues. The New Deal cost billions. But FDR’s major contribution to the debt was World War II spending. He added $209 billion to the debt between 1942 and 1945. For more, see FDR Economic Policies.

Woodrow Wilson – President Wilson was the second-largest contributor to the debt percentage-wise. He added $21 billion, which was a 727 percent increase over the $2.9 billion debt of his predecessor. Wilson had to pay for World War I. During his presidency, the Second Liberty Bond Act gave Congress the right to adopt the national debt ceiling.

Amount Added to the Debt for Each Fiscal Year Since 1960:

Dwight Eisenhower: Added $23 billion, a 9 percent increase from the $266 billion debt at the end of Truman’s last budget, FY 1953.

Herbert Hoover: Added $6 billion, a 33 percent increase from the $17 billion debt at the end of Coolidge’s last budget, FY 1929.

Calvin Coolidge: Subtracted $5 billion from the debt, a 26 percent decrease from the $21 billion debt at the end of Harding’s last budget, FY 1923.

Warren G. Harding: Subtracted $2 billion from the debt, a 7 percent decrease from the $24 billion debt at the end of Wilson’s last budget, FY 1921. 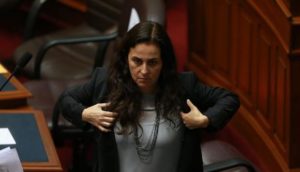