Escobar launched a new product – it’s their WORST ever

Ver: Jack Ma Resurfaces After Months Of Disappearance; Is His Latest Video For Real? | CRUX

What Happened When China Joined the WTO?

Economically, the United States saw some benefits and some downsides.

Meanwhile, for China, the economic impact has been remarkably positive:

Why Parmesan Cheese Is So Expensive 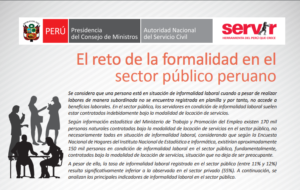 ‘Back to the Future II” From a Legal Perspective: Unintentionally Visionary 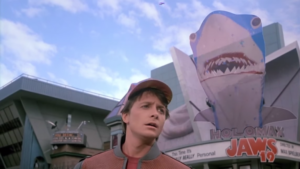 Courtesy of Universal Pictures – ‘Back to the Future II’. Image: http://www.hollywoodreporter.com/thr-esq/back-future-ii-a-legal-833705

The inside story of Crispin Glover’s lawsuit over George McFly: Was an actor hired to mimic another actor playing a character?

Yes, there were hoverboards, drones, wearable tech, videoconferencing and even a baseball team in Miami. Back to the Future Part II also brought back George McFly, the father of the protagonist traveling to Oct. 21, 2015, which as everybody knows, is this date in history.Except George McFly wasn’t played by the same actor, Crispin Glover, who appeared in the first film. Glover didn’t like the sequel’s script, and so he threw out a $1 million demand to reprise the role. The filmmakers refused, and so they took a face mold of Glover that was created during the first film to help out the makeup artists, hired a different actor, Jeffrey Weissman, and through the use of prosthetics, made it appear as though the same thespian was performing the part.

Back to the Future II is today being celebrated as visionary in many respects, but let’s not forget the legal drama that ensued after this happened. The 1990 lawsuit that Glover filed against Universal Pictures for violating his right of publicity predated other famous cases including Vanna White’s lawsuit over a Wheel of Fortune robot hostess in a blond wig and Gwen Stefani’s legal action over a digital avatar in the Band Hero video game. Glover’s case never got far enough in the court to set legal precedent, but it is often invoked when actors like Fast & Furious star Paul Walker become indisposed and filmmakers contemplate tricky ways to resurrect performances. The advance of technologies like holograms, with the potential of reviving dead stars and allowing living ones to be in multiple places, tends to invite discussion of wonderful possibilities and legal limits. Enter Glover and his unwitting participation in a film for the ages — and a lawsuit that Philip K. Dick would have loved.

“Had they only hired another actor, which is kind of what I thought had happened, that would have been totally legal, and I would have been completely fine with it,” said Glover in a radio interview last year, pointing out that the film switched the actresses playing Marty McFly’s girlfriend without resorting to prosthetics.

The use of an old face mold went too far.

Glover sued, and according to Doug Kari, his attorney at the time, the complaint itself was purposefully short and simple.

“I kept the factual details out of the complaint, preferring that we hold our cards close to the vest,” says Kari. “Having interviewed Jeffrey Weissman, the replacement actor, in the privacy of my office, I knew that we held some aces.”

Kari says that Weissman had gone to Glover feeling a bit disturbed by the role and what was happening on the set of Back to the Future II. There, others were referring to him as “Crispin.” (Weissman wasn’t available to comment.)

“Jeffrey told me a story that one day, [executive producer] Steven Spielberg walked on set and laughed and said, ‘Hey Crispin, I see you got your million,’ ” says Kari. “To me, those anecdotes showed they were trying to take Crispin’s persona.”

Universal filed a demurrer, arguing that the publicity rights claim should fail because the filmmakers were only trying to perpetuate the George McFly character. As the dispute heated up, Glover and Kari began to have conversations with each other about the future of computer graphic technology and how what was being done to Glover might impact other actors. The argument was passed along to the judge.

“What I said to the judge was, ‘Things may happen in the future that will make this important,’ ” says Kari. “We need to draw a line.”

The judge rejected Universal’s bid to toss the lawsuit. What’s more, she agreed to let Kari depose director Robert Zemeckis, screenwriter Bob Gale, actor Michael J. Fox, Spielberg and others. The plaintiff also wanted a complete accounting of the finances of Back to the Future II because a demand was being made for a share of the film’s profits.

Taking the parties into chambers, the judge strongly urged settlement. A deal was indeed made, reportedly for $760,000 at the behest of the company that insured Universal. (Attorneys wouldn’t confirm the amount.)

When Glover brought his case, the U.S. Supreme Court had already affirmed the value of a performer’s right of publicity. The high court examined a man named Hugo Zacchini who performed a human cannonball act suing a local Ohio TV station for showing his act. “The broadcast of a film of petitioner’s entire act poses a substantial threat to the economic value of that performance,” wrote Justice Bryan White.

In the years that followed Glover’s lawsuit, there would be substantive developments in the law. In 2001, looking at an artist who sold lithographs bearing the faces of the Three Stooges, the California Supreme Court put forward a test of “whether the depiction or imitation of the celebrity is the very sum and substance of the work in question.” Ten years later, examining Stefani’s lawsuit against Activision over a digital avatar, a California appeals court refined the test toward an examination into the transformative nature of the work, agreeing with the singer’s contention that motion-captured re-creations of her likeness was too “realistic” to qualify as such. Earlier this year, the 9th Circuit Court of Appeals considered that ruling when reviving a case brought by former professional football players suing over Madden NFL. It’s a decision that’s now being petitioned for review by the Supreme Court.

The Glover case was similar to Stefani’s with respect to a performer who once did something (agreeing to perform) without any expectation or contractual understanding of how it would later be used. Regarding Back to the Future II, the parties struggled to elucidate the difference between perpetuating character and ripping off someone’s identity. Glover found enough of a legal advantage to advance, and had the case gone to trial, his lawyer would have shown a jury the way in which the movie spliced together clips from the original film showing Glover with remade clips of an actor posing as Glover being George McFly. The case didn’t get there because of the settlement, but maybe the dispute had some psychological impact on those involved. Zemeckis, for example, would go on to helm Forrest Gump, which spliced historical footage to create the illusion that the main character was meeting Presidents John F. Kennedy, Lyndon B. Johnson and Richard Nixon.

In recent years, Glover has taken credit for changing Screen Actors Guild rules on the illicit use of actors. Kari believes that’s accurate, though a spokesperson for SAG-AFTRA says the guild can’t identify changes to its agreements. Nevertheless, the Glover case did raise quite a bit of consciousness throughout Hollywood about the possibilities and risks of reusing an actor’s performance and has become quite excellent shorthand for the types of publicity rights disputes inherent in new technologies. It’s quite amazing that the Chicago Cubs are making a World Series run this year, but nobody should forget the unintentionally visionary nature of the George McFly character in the film.

Read also: Back to the Future: 13 Things you May not Know