Opinion: Is India turning into ‘BAN-istan?’

A temporary ban on beef and meat has infuriated many Indians already reeling under increasingly intrusive actions by the government. DW’s Sanjiv Burman looks at what is behind India’s obsession with bans.

First there was a ban only on beef, then it was meat in general – the government machinery swung into action with a vigor and efficiency that would be much appreciated with regard to more serious issues like corruption or the safety of women.

In the last few months, states ruled by Prime Minister Narendra Modi’s BJP are increasingly imposing bans on all kinds of things in an effort to regulate people’s lives. In a broader context, one can also observe a clear attempt by Hindu nationalist organizations under the “Sangh Parivar” umbrella to dictate the way they think Indians should live.

As opposition Congress party spokesman Abhishek Singhvi remarked, Indians have been told “what to wear, celebrate, eat, watch, who to walk with in the park, if they can hold hands, what religion people should follow, how to pray and what to teach.” 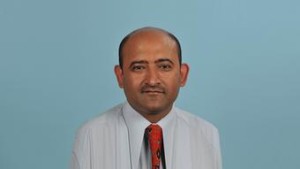 We must note that several Congress-led governments also used divisive and intrusive instruments to regulate life in the country, but they were more for opportunistic reasons rather than for ideological ones.

In a uniquely diverse country like India, various religious, ethnic and linguistic groups have been living in harmony for thousands of years. Whenever conflicts arose, they were dealt with in the spirit of consensus. The religion and culture of the majority Hindus has always had a decentralized character.

A Hindu wedding in the southern state of Kerala could wrap up in 10 minutes whereas a Bengali Hindu couple tying the knot could take hours to complete the ceremony. As the Hindu religion knows no Pope or Khalifa, there is no fixed codex based on one single holy book for all Hindus to follow.

As a result, Indian society has thrived by following its pluralistic and tolerant traditions. Even other religions let down their roots in India within the same diverse framework and helped form today’s secular India with all its flaws and shortcomings.

This is a free country! Welcome to BAN-istan… I meant india.. Stupid autocorrect.

The concept of “Hindutva” or Hindu nationalism challenges the very essence of India’s narrative. In fact, it is based on a very Western organizational structure with uncanny similarities to Christian missionaries or other religious movements with a clear command structure and agenda – therefore very “un-Indian.”

While challenging the very foundation of secular India it does not only attack minorities but tries to define and dictate the lifestyle of the majority. That’s where the real danger lies.

This “agenda” is carefully packaged so that the Indian government, led by the charismatic Prime Minister Narendra Modi, does not lose its appeal to a broad section of the voters who elected him to office with a comfortable majority.

The state, government and laws in a democracy are designed to protect people's freedom. Not to take it away. #BanTheBan

The same packaging skills were applied when his predecessor Atal Bihari Vajpayee ruled India from 1998 to 2004. Both the leaders have been projected as statesmen above narrow party politics while the Sangh Parivar tried to consolidate its power in virtually all spheres of public life.

Whenever rightwing supremacy raised its ugly head, the otherwise articulate leader remained silent. Even with a direct platform to address the people like the weekly radio show “Mann ki Baat,” Modi chooses to carefully avoid any such controversial issues that could damage his image as the Prime Minister of all Indians.

But the very modern and strong India Modi is apparently trying to build also includes certain virtues enjoyed by most of the other industrial powers of the world – namely freedom of speech, right of self-determination and limits of state control. Are the citizens of this emerging world power really ready to sacrifice those rights for the sake of a rigid ideology and only embrace prosperity? The reactions in social media to the Hindu nationalist efforts to ban meat suggest they are not, but the jury is still out.