A barbershop in Pennsylvania has been fined $750 for refusing to cut a woman’s hair. 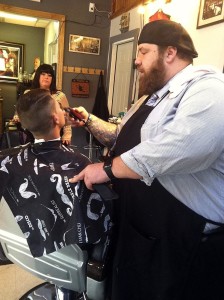 Barbiere of Washington County is aimed at the upscale gentleman’s market, offering clients a complimentary cocktail or a cold beer with their haircut.

But owner John Interval ran into trouble with authorities when staff refused to cut a woman’s hair in his establishment.

Diamond Pecjak filed an action with the state’s Bureau of Professional and Occupational Affairs after the incident.

And the agency then imposed a fine for gender discrimination after a state investigator visited the business and interviewed Interval.

“I didn’t really consider it so much a discrimination thing as it’s a barbershop … for guys,” Interval told CBS Pittsburgh. 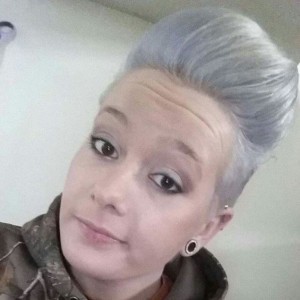 Diamond Pecjak filed a complaint after being refused service at a barbershop in Washington County, Pa. FACEBOOK

Clients supported the barbership and nearly 100 supporters signed a petition in opposition of the board’s ruling, according to the Observer Reporter.

“I think it’s ridiculous. You can clearly see no women come here to get their hair cut,” said Jeff Andrewson, a U.S. Navy recruiter.

Interval says he wasn’t aware he was legally compelled to provide the service, but he does intend to pay the fine out of respect the law.

And now, the businessman hopes to expand his business to cater for the female market.

“Just not in this shop. I don’t even have the equipment to do women’s hair.

“I want to open a shop to cater to them and no men will be allowed there. They’ll have all the champagne and mimosas they want, and that’ll be on the house.”

Forty-two Democratic senators voted to filibuster the bill that would have halted the deal President Obama and several international partners signed with Iran limiting that country’s nuclear capabilities. The vote effectively kills the bill, meaning the deal will move forward.

The fate of the bill has not been in doubt since last week, when enough Democratic senators expressed enough support to sustain President Obama’s promised veto of the bill.

The bill is the result of a deal Obama struck with Republicans to give them a 60-day review process of the deal with Iran. But Republicans have opposed the deal from the start. At a rally on the steps of Congress yesterday, presidential candidates Ted Cruz and Donald Trump, along with Sarah Palin and other GOP luminaries, decried the deal and urged Republicans in Congress to do anything in their power to kill it.

The deal limits Iran’s ability to obtain or process uranium and plutonium for 15 years and opens the country’s nuclear facilities to inspections. Some Democrats, including Charles Schumer, the likely next head of the party’s Senate caucus, opposed the deal, but the overwhelming majority of Democrats support President Obama’s move to prevent Iran from obtaining a nuclear weapon.