Warning!, this video may cause loss of brain cells: Sarah Palin Wants to Be Trump’s Energy Secretary, Thinks Americans Should Speak ‘American’

In an interview with CNN’s Jake Tapper that can only be described as literally insane, Sarah Palin said she would like to serve as Donald Trump’s Energy Secretary because:

Energy is my baby, oil and gas and minerals and those things that God has dumped on this part of the Earth for mankind’s use instead of us relying on unfriendly foreign nations for us to import their, their resources?

She also said of the Energy Department “if I were head of that, I’d get rid of it.” Which, I don’t even know.

That’s not all: Palin also told Tapper Americans should speak “American” because when she studied French and Spanish in high school, she “got ‘em all mixed up by the time I graduating.”

What a delight Sarah Palin is. I honestly don’t know what we’d do without her. Watch the full interview:

Want to Make a Diamond in Just 10 Weeks? Use a Microwave

The 2.62-carat diamond Calvin Mills bought his fiancée in November is a stunner. Pear-shaped and canary-yellow, the gem cost $22,000. A bargain. Mills, the chief executive officer of CMC Technology Consulting in Baton Rouge, La., says he could have spent tens of thousands more on a comparably sized diamond mined out of the earth, but his came from a lab. “I got more diamond for less money,” says the former Southern University football player, who proposed last year at halftime during one of his alma mater’s games at the Superdome in New Orleans.

While man-made gems make up just a fraction of the $80 billion global diamond market, demand is increasing as buyers look for stones that are cheaper—and free of ethical taint. Human-rights groups, with help from Hollywood, have popularized the term “blood diamonds” to call attention to the role diamond mining has played in fueling conflicts in Africa.

Unlike imitation diamonds such as cubic zirconia, stones that are “grown” (the nascent industry’s preferred term) in labs have the same physical characteristics and chemical makeup as the real thing. They’re made from a carbon seed placed in a microwave chamber with methane or another carbon-containing gas and superheated into a glowing plasma ball. That creates particles that crystallize into diamonds, a process that can take 10 weeks. The technology has progressed to the point that experts need a machine to tell synthesized gems apart from those extracted from mines or rivers.

North American consumers from 18 to 35 who say they prefer natural and untreated diamonds: 45%

Retailers including Wal-Mart Stores and Warren Buffett’s Helzberg Diamonds are beginning to stock the artificial gems. “To a modern young consumer, if they get a diamond from above the ground or in the ground, do they really care?” asks Chaim Even-Zohar, a principal at Tacy, an industry consulting firm in Ramat Gan, Israel. In a survey by Gemdax, an Antwerp-based consultant, only 45 percent of North American consumers from 18 to 35 said they prefer natural diamonds. “Some substitution for natural diamonds is inevitable,” says Anish Aggarwal, a partner at the firm, which wouldn’t disclose who paid for the study. Gemdax says more research is needed to better gauge consumer attitudes.

The companies that dominate the market for natural gems, including Russia’s Alrosa and De Beers, a unit of London-based Anglo American, don’t see the upstarts as much of a threat, because “it’s such a small fraction” of the market, says Neil Koppel, the CEO of Renaissance Diamonds. His company, in Boca Raton, Fla., is supplying Helzberg stores in 10 U.S. cities. Last year only about 360,000 carats of man-made diamonds were produced, compared with 146 million carats of natural gems mined in 2013, estimates researcher Frost & Sullivan. The supply of lab-grown stones will probably jump to 2 million carats in 2018 and 20 million by 2026.

De Beers says its research shows consumers don’t equate synthetic gems with ones from a mine, adding that the artificial stones are more likely to compete with costume jewelry. “The value of a diamond is inextricably linked to the inspirational and unique narrative that lies behind each one, from its formation to its history to its emotional significance, which lab-grown diamonds simply don’t have,” the company said in a statement. In July mining companies won a major marketing victory when the International Organization for Standardization ruled that man-made gems must be called synthetic, lab-grown, or lab-created—not real, cultivated, or cultured.

The manufactured variety accounts for about 5 percent of stones sold at the Gem Lab, a Rochester, New York jewelry store. A 1-carat synthetic diamond fetches about $6,000 there, compared with $10,000 for a similarly sized natural stone, according to Vice President Paul Cassarino. Singapore’s IIA Technologies, the biggest producer of lab-grown diamonds, is asking $23,000 for a 3.04-carat diamond it synthesized; a mined gem of similar size and quality would cost about $40,000. “We are creating a new industry,” says Vishal Mehta, the CEO of IIA, which doesn’t disclose how much it costs to make a diamond in the lab. “Consumers today really resonate with the idea of an eco-friendly and a conflict-free choice for diamonds. That’s been a sticking point.”

Danny Decker, who works in marketing at Harlo Interactive, a digital agency in Portland, Ore., plans to propose to his girlfriend of four years with a 1-carat lab-grown diamond in a white-gold setting. He purchased it for about $7,000 from MiaDonna, a local retailer that specializes in what it calls “conflict-free engagement rings.” Decker says his choice was influenced by the movie Blood Diamond, a 2006 film starring Leonardo DiCaprio set in Sierra Leone. “The whole idea of diamonds—where they come from, how they are mined, what that does to the earth, and the whole idea of conflict diamonds—it was something I just didn’t want to be a part of,” he says. “At the end of the day, I wanted to do something that was good for the environment, that was cause-based.”

The bottom line: The output of man-made diamonds is less than one-quarter of 1 percent that of natural stones, but demand is growing. 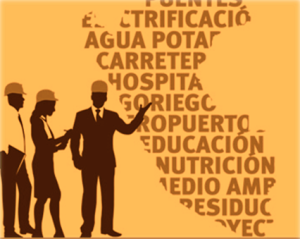 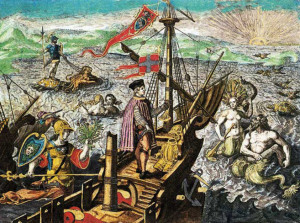