The Cuban Adjustment Act (Public Law 89-732) (CAA) became law on November 2, 1966. Section 1 of the Act was designed to permit thousands of Cuban refugees to adjust to lawful permanent residence. Most of these Cubans were parolees or nonimmigrants who could not return to Cuba for political reasons, but could not seek residence through other means. Similar laws have been passed over the years for other nationalities as well, e.g., Public Law 101-167 (for former nationals of the Soviet Union, Laotians, Cambod ians, and Vietnamese). 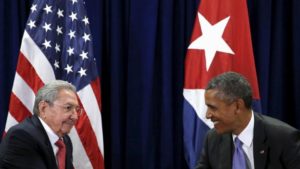 WASHINGTON- Today, Secretary of Homeland Security Jeh Johnson announced several changes to Department of Homeland Security (DHS) policies and regulations affecting Cuban nationals. These changes reflect the reestablishment of full diplomatic relations with Cuba and other concrete steps toward the normalization of U.S.-Cuba relations, as well as Cuba’s agreement to accept and facilitate the repatriation of Cuban nationals who are ordered removed from the United States. The changes represent another important step in the normalization of the migration relationship between the two countries, and are intended to ensure regular, safe, and orderly migration between them.

Beginning today, DHS has rescinded certain policies unique to Cuban nationals. Specifically, DHS has eliminated a special parole policy for arriving Cuban nationals commonly known as the “wet-foot/dry-foot” policy, as well as a policy for Cuban medical professionals known as the Cuban Medical Professional Parole Program. It is now Department policy to consider any requests for such parole in the same manner as parole requests filed by nationals of other countries.

DHS is also eliminating an exemption that previously prevented the use of expedited removal proceedings for Cuban nationals apprehended at ports of entry or near the border.

The existing Cuban Family Reunification Parole Program is not affected by this announcement and remains in effect.

For decades, DHS and the former Immigration and Naturalization Service (INS) have had special policies for considering parole requests from Cuban nationals. Those policies were justified by certain unique circumstances, including conditions in Cuba, the lack of diplomatic relations between our countries, and the Cuban Government’s general refusal to accept the repatriation of its nationals.

In December 2014, the President announced a historic opening between the United States and Cuba, as well as an approach for reestablishing diplomatic relations and adjusting regulations to facilitate greater travel, commerce, people-to-people ties, and the free flow of information to, from, and within Cuba. Since that announcement, the United States and Cuba have reestablished full diplomatic relations and taken concrete steps towards enhancing security, building bridges between our peoples, and promoting economic prosperity for citizens of both countries.

DHS has also recently seen a significant increase in attempts by Cuban nationals to enter the United States without authorization. Many of those Cuban nationals have taken a dangerous journey through Central America and Mexico; others have taken to the high seas in the dangerous attempt to cross the Straits of Florida. This marked increase in actual and attempted migration has been driven in part by the perception that there is a limited window before the United States eliminates favorable immigration policies for Cuban nationals.

In light of these factors, the Secretary of Homeland Security has determined it is time to adjust the special parole policies for Cuban nationals. Considering the reestablishment of full diplomatic relations, Cuba’s signing of a Joint Statement obligating it to accept the repatriation of its nationals who arrive in the United States after the date of the agreement, and other factors, the Secretary concluded that, with the limited exception of the Cuban Family Reunification Parole Program, the parole policies discussed above are no longer warranted.

Under the Cuban Adjustment Act of 1966, the status of any Cuban national may be adjusted to that of a lawful permanent resident (i.e., “green card” status) if he or she (1) was inspected and admitted or paroled into the United States, (2) has been physically present in the United States for at least one year, and (3) is otherwise admissible.

The policy commonly known as “wet-foot/dry-foot” generally refers to an understanding under which Cuban migrants traveling to the United States who are intercepted at sea (“wet foot”) are returned to Cuba or resettled in a third country, while those who make it to U.S. soil (“dry foot”) are able to request parole and, if granted, lawful permanent resident status under the Cuban Adjustment Act.

The former INS established a policy strongly encouraging the parole of Cuban nationals who arrived in the United States so that they could apply for relief under the Cuban Adjustment Act. Secretary Johnson is rescinding this outdated INS policy.

DHS has the authority to effectuate the removal of certain categories of individuals, including those apprehended at ports of entry or near the border, through what is known as expedited removal. Under longstanding law and policies, however, Cuban nationals were exempt from being removed through expedited removal proceedings.

In light of recent changes in the relationship between the United States and Cuba, the Secretary has determined that such exemptions for Cuban nationals are no longer warranted. Today, the Department is amending its regulations and issuing a notice in the Federal Register to remove such exemptions from policies governing the use of expedited removal for Cuban nationals who arrive by air, land, and sea. Effective immediately, Cuban nationals who are apprehended at ports of entry or near the border may be placed into expedited removal proceedings in the same manner as nationals of other countries.

On August 11, 2006, DHS announced it would allow certain Cuban medical personnel in third countries (i.e., not Cuba or the United States) to apply for parole. Applicants under the Cuban Medical Professional Parole (CMPP) program were required to show that they were medical professionals currently conscripted to study or work in a third country under the direction of the Cuban Government. Individuals could apply for parole at a U.S. Citizenship and Immigration Services office, or U.S. embassy or consulate, located in the third country. Their immediate family members were also potentially eligible for parole.

In accordance with the Joint Statement, DHS will no longer accept parole applications from medical professionals under the CMPP program.

The Cuban Family Reunification Parole program allows beneficiaries of certain approved family-sponsored immigrant visa petitions to travel to the United States before their immigrant visas become available, rather than remain in Cuba to await a visa. The program seeks to expedite family reunification through safe, legal, and orderly channels of migration to the United States and discourage dangerous and irregular maritime migration.

DHS has determined that this program will remain in place because it serves other national interests. 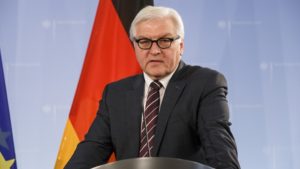