North Carolina is no longer classified as a democracy

In 2005, in the midst of a career of traveling around the world to help set up elections in some of the most challenging places on earth – Afghanistan, Burma, Egypt, Lebanon, South Africa, Sudan and Yemen, among others – my Danish colleague, Jorgen Elklit, and I designed the first comprehensive method for evaluating the quality of elections around the world. Our system measured 50 moving parts of an election process and covered everything from the legal framework to the polling day and counting of ballots.

In 2012 Elklit and I worked with Pippa Norris of Harvard University, who used the system as the cornerstone of the Electoral Integrity Project. Since then the EIP has measured 213 elections in 153 countries and is widely agreed to be the most accurate method for evaluating how free and fair and democratic elections are across time and place.

When we evolved the project I could never imagine that as we enter 2017, my state, North Carolina, would perform so badly on this, and other, measures that we are no longer considered to be a fully functioning democracy.

In the just released EIP report, North Carolina’s overall electoral integrity score of 58/100 for the 2016 election places us alongside authoritarian states and pseudo-democracies like Cuba, Indonesia and Sierra Leone. If it were a nation state, North Carolina would rank right in the middle of the global league table – a deeply flawed, partly free democracy that is only slightly ahead of the failed democracies that constitute much of the developing world.

Indeed, North Carolina does so poorly on the measures of legal framework and voter registration, that on those indicators we rank alongside Iran and Venezuela. When it comes to the integrity of the voting district boundaries no country has ever received as low a score as the 7/100 North Carolina received. North Carolina is not only the worst state in the USA for unfair districting but the worst entity in the world ever analyzed by the Electoral Integrity Project.

That North Carolina can no longer call its elections democratic is shocking enough, but our democratic decline goes beyond what happens at election time. The most respected measures of democracy — Freedom House, POLITY and the Varieties of Democracy project — all assess the degree to which the exercise of power depends on the will of the people: That is, governance is not arbitrary, it follows established rules and is based on popular legitimacy.

The extent to which North Carolina now breaches these principles means our state government can no longer be classified as a full democracy.

First, legislative power does not depend on the votes of the people. One party wins just half the votes but 100 percent of the power. The GOP has a huge legislative majority giving it absolute veto-proof control with that tiny advantage in the popular vote. The other party wins just a handful of votes less and 0 percent of the legislative power. This is above and beyond the way in which state legislators are detached from democratic accountability as a result of the rigged district boundaries. They are beholden to their party bosses, not the voters. Seventy-six of the 170 (45 percent) incumbent state legislators were not even opposed by the other party in the general election.

Second, democracies do not limit their citizens’ rights on the basis of their born identities. However, this is exactly what the North Carolina legislature did through House Bill 2 (there are an estimated 38,000 transgender Tar Heels), targeted attempts to reduce African-American and Latino access to the vote and pernicious laws to constrain the ability of women to act as autonomous citizens.

Third, government in North Carolina has become arbitrary and detached from popular will. When, in response to losing the governorship, one party uses its legislative dominance to take away significant executive power, it is a direct attack upon the separation of powers that defines American democracy. When a wounded legislative leadership,  and a lame-duck executive, force through draconian changes with no time for robust review and debate it leaves Carolina no better than the authoritarian regimes we look down upon.

What is to be done? How do we reverse the slide and become a democracy once again? Many of the issues that face us are national questions, but there are flaws in our government that can be corrected at the state level.

The first step to recovery is self-awareness. We need to put aside the complacent hyperbole and accept that in North Carolina we no longer live in a functioning democracy worth its name. We have become one of those struggling developing world states that needs to claw its way slowly toward democratic integrity.

Practically we need to address the institutional failures which have cost us our democratic ranking – districting, equal access to the vote and the abuse of legislative power. An independent commission is the sine-qua-non of democratic districting (no democracy in the world outside of the U.S. allows the elected politicians to draw the lines). Voter registration and poll access should make voting as easy as possible and never be skewed in favor of any one section of society. Last, elected officials need to respect the core principles of democracy – respect the will of the voters, all the voters and play the game with integrity.

Respect for democracy is not a partisan issue. In America true Republicans are as loyal to democratic principles as are Democrats.

Andrew Reynolds has consulted in over 25 nations on issues of democratic design since 1991. His most recent book is The Arab Spring: Pathways of Repression and Reform (Oxford). He is a Professor of Political Science at the University of North Carolina at Chapel Hill.

LONDON — The heir to Britain’s throne spoke out Thursday, saying the wave of anti-immigrant populism sweeping the world has “deeply disturbing echoes” of the Nazis’ persecution of Jews in the 1930s.

Prince Charles, the queen’s eldest son, said his parents’ generation “fought and died in a battle against intolerance, monstrous extremism and an inhuman attempt to exterminate the Jewish population of Europe.

“That nearly 70 years later we should still be seeing such evil persecution is to me beyond all belief,” he added. “We owe it to those who suffered and died so horribly not to repeat the horrors of the past.”

He made the comments as a guest contributor on “Thought for the Day,” a scripted monologue broadcast each morning during BBC Radio 4’s breakfast news show, “Today.”

The prince was urging listeners to be more compassionate about migrants and refugees. Some 65.3 million people across the world have been forced to leave their homes, according to the United Nations.

“We are now seeing the rise of many populist groups across the world that are increasingly aggressive to those who adhere to a minority faith,” Charles said. “All of this has deeply disturbing echoes of the dark days of the 1930s.”

The prince did not cite any politician or party but his comments apparently refer to the wave of anti-immigrant populism linked to the victories of Donald Trump and Britain’s Brexit campaign.

These election wins have emboldened far-right groups across Europe, some of whom are now eyeing success in other elections. In England and Wales, incidents of religious or racist abuse rose 41 percent in the month after the Breixt vote in June, according to government figures.

Charles also linked the refugee crisis to Christianity and Islam.

“I wonder if this year we might remember how the story of the Nativity unfolds with the fleeing of the holy family to escape violent persecution,” he said. “And we might also remember that when the prophet Muhammad migrated from Mecca to Medina, he did so because he too was seeking the freedom for himself and his followers to worship.” 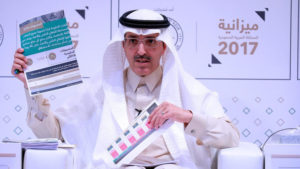 Speaking at a press conference in Riyadh on Thursday, Jadaan detailed the Saudi budget for 2017. (SPA)

Saudi Finance Minister, Mohammad Jadaan, announced that – for the first time in the past 10 years – the kingdom had been able to spend less than the estimated budget, and achieve higher than expected non-oil revenues.

Speaking at a press conference in Riyadh on Thursday, Jadaan detailed the Saudi budget for 2017, and spoke of the government’s promise of transparency.

He also completely removed the need for income taxes on Saudi citizens and residents.

Monthly payment of 100 riyals on every person sponsored by any foreign employee.

The amount of revenues from this tax is estimated at 1 billion riyals.
—
2018

Monthly tax of 400 riyals on every employee in a company whose number of foreign employees exceed the number of Saudis.

300 riyals tax on every employee in a company whose number of foreign employees is less than the number of Saudis and 200 riyals on every person he sponsors.

The amount of revenues from this tax is estimated at 24 billion riyals.
—
2019

Monthly tax of 600 riyals on every employee in a company whose number of foreign employees exceed the number of Saudis.

500 riyals tax on every employee in a company whose number of foreign employees is less than the number of Saudis and 300 riyals on every person he sponsors.

The amount of revenues from this tax is estimated at 44 billion riyals.
—
2020

700 riyals tax on every employee in a company whose number of foreign employees is less than the number of Saudis and 400 riyals on every person he sponsors.

The amount of revenues from this tax is estimated at 65 billion riyals. 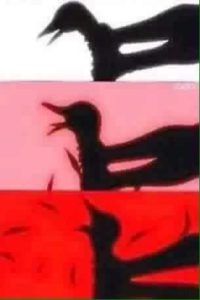 State Rep. Bill Chumley, R-Spartanburg, said the Human Trafficking Prevention Act would require manufacturers or sellers to install digital blocking capabilities on computers and other devices that access the internet to prevent the viewing of obscene content.

Computers and devices sold in South Carolina that can access the internet would be required to have filters installed to prevent people from viewing pornography, although buyers could pay a $20 fee to remove the blocking software under a proposal before the legislature.

The amendment would require manufacturers or sellers of computers and internet-accessible devices to install software that blocks pornography, according to a draft of the amendment filed with the South Carolina General Assembly on Dec. 15.

One of its sponsors said on Tuesday the amendment would help raise money for the state’s task force to combat human trafficking, adding that the measure would not restrict their legal liberties, indicating it would allow for viewing adult pornography.

“This is a way to preserve freedom, not raise taxes and combat a serious problem all in one,” State Representative William “Bill” Chumley, a Republican, said in an interview.

Buyers over 18 in South Carolina would have to pay a $20 fee to have the block removed. Manufacturers or sellers would pay a $20 opt-out fee for each computer or device sold so they didn’t have to install the blocking software, according to the proposed measure.

The amendment did not address any technology challenges or whether the filter would be a barrier to interstate commerce for technology firms that sell their devices nationwide.

There was no timetable for debate and a possible vote. Chumley has told local media that he sees the amendment as a starting point for debate and that the proposal he co-sponsored may be adjusted.

The amendment corresponds with the Republican Party’s national platform that calls for states to get tough on pornography, adding that the internet has become a safe haven for predators.

“Pornography, with its harmful effects, especially on children, has become a public health crisis that is destroying the lives of millions,” the GOP said in its platform. “We urge energetic prosecution of child pornography, which is closely linked to human trafficking.”

In April, a Republican-backed resolution in Utah declared pornography a public health hazard and an epidemic that normalizes violence against women and children and makes men less likely to want to get married.