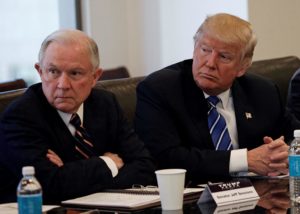 Edward Byrne Memorial Justice Assistance Grants provide money to hundreds of cities, and the Trump administration has requested $380 million in funding next year. Chicago, a regular target of Republican President Donald Trump because of its murder rate, expected to receive $3.2 million this year for purchasing equipment.

Emanuel said the lawsuit would prevent the Trump administration from setting a precedent that could be used to target other funding.

Under Trump and Sessions, the federal government has sought to crack down on sanctuary cities, which generally offer illegal immigrants safe harbor by declining to use municipal resources to enforce federal immigration laws. Dozens of local governments and cities, including New York, Los Angeles and Chicago, have joined the growing sanctuary movement.

Justice Department spokeswoman Sarah Isgur Flores said in a Sunday statement: “It’s especially tragic that the mayor is less concerned with that staggering figure than he is spending time and taxpayer money protecting criminal aliens and putting Chicago’s law enforcement at greater risk.”

Police and city officials in sanctuary cities have said deporting illegal immigrants who are not accused of serious crimes harms public safety by discouraging immigrants from coming forward to report crimes.

Chicago’s lawsuit is the first to challenge the department over the Byrne program, though city officials said they are in contact with other cities. California Attorney General Xavier Becerra is also considering a similar lawsuit, the Sacramento Bee has reported.

The Trump administration has already faced legal battles over its sanctuary city policies. Last month, a U.S. judge refused to revisit a court order that blocked Trump’s January executive order denying broader federal funds to such jurisdictions, in a case filed by San Francisco and the California county of Santa Clara. 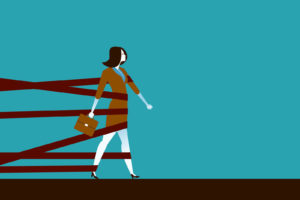 In 1872, 13-year-old Hong Yen Chang came to the U.S. to be groomed as a diplomat. He earned degrees from Yale University and Columbia University’s law school, and passed the bar exam.

He became the first Chinese-American lawyer in the U.S. in 1888, when he was admitted to the New York bar. But not all states were as welcoming. When Chang applied for a California law license in 1892, the state’s Supreme Court denied his application citing bar association rules, which precluded noncitizens from joining. Chang was unable to become a citizen because of the Chinese Exclusion Act of 1882.

More than a century later, Chang’s descendants petitioned for their relative to be granted posthumous bar admission and brought the case before the California Supreme Court.

In 2015, the California Supreme Court reversed the ruling. “Even if we cannot undo history, we can acknowledge it and, in doing so, accord a full measure of recognition to Chang’s path-breaking efforts to become the first lawyer of Chinese descent in the United States,” the judges wrote in their decision.

“That case got me thinking about the fact that Asian-Americans have been formally excluded from the legal profession as Chang was, and of course, [with] all the informal barriers,” says California Supreme Court justice Goodwin Liu, who reviewed the case. He said he realized he hadn’t seen a comprehensive study of how Asian-Americans came into the legal profession — so he took it upon himself to lead one.

In the study, Liu shows that though Asian-Americans are the fastest-growing minority group in the legal field, there’s still a stark lack of Asian-American lawyers in top positions in this country.

The study noted that some obstacles Asian-Americans face include a lack of access to mentors, as well as stereotypes of Asians as being unable to assimilate or socially awkward.

“Whereas Asian Americans are regarded as having the ‘hard skills’ required for lawyerly competence, they are regarded as lacking many important ‘soft skills,’ ” the researchers wrote.

The study also pointed out that there’s a dearth of Asian-American lawyers in public service roles:

“It is notable that few Asian Americans appear motivated to pursue law in order to gain a pathway into government or politics. … Greater penetration into these public leadership roles is critical if the increasing number of Asian American attorneys is to translate into increasing influence of Asian Americans in the legal profession and throughout society. A major challenge is to encourage Asian American lawyers to pursue public service roles and to eliminate barriers for those who do.”

“It doesn’t seem like it’s as much about those groups [being] MORE interested in government and politics, but less averse to it,” Karthick Ramakrishnan, a professor of political science at the University of California, Riverside, wrote in an email.

“For Filipino Americans, many of them made advancements in government and local politics in California and Hawaii, where they have large populations and there were relatively long-standing Filipino communities,” Ramakrishnan, who also runs the project AAPI DATA, said.

“Indian Americans, by comparison, are much more recently arrived in the United States (with their population booming in the last 2 decades). That normally would mean that we would not expect them to be involved in politics. But, past research indicates that prior experience with democracy and high English proficiency tend to mean greater political participation.”

And while there are rampant structural issues that need to be addressed, Chris Kang, former National Director of the National Council of Asian Pacific Americans, said that emphasizing role models can sometimes be powerful.

When Kang was working with the Obama administration as Pres. Obama’s Deputy Counsel, he helped appoint federal judges. Kang said he and his team tried to highlight each new justice’s ethnicity and gender.

“It wasn’t just, ‘the first Asian-American judge in the district,’ but we really went and highlighted ‘the first Vietnamese-American, the first Filipino-American,’ ” Kang told NPR.

“If there’s someone of your particular ethnicity — or an Asian-American woman, [where there’s] only been two to the federal bench before — seeing now a dozen of them starts to make a difference,” Kang said, “and you start to think as you’re going into law school or you’re a lawyer considering what’s next for you, that a judgeship might be possible.”

Social Distorsion – I Was Wrong