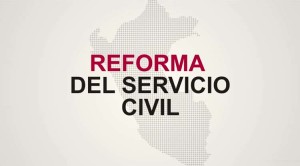 Kelly Osbourne to Donald Trump: If You Kick All Latinos Out of America, Who Is Going to Clean Your Toilets? 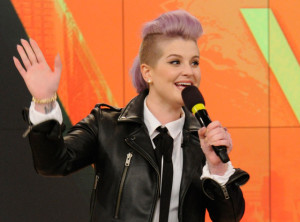 Kelly Osbourne is about as eloquent as Donald Trump.

The Project Runway Junior judge was a guest co-host on The View Tuesday and offended many viewers while trying to make a point about the presidential hopeful’s own offensive remarks.

The episode, dedicated solely to Hot Topics, was going smoothly until Whoopi Goldberg mentioned that Trump is still leading in the polls. “Yeah, well, what are you gonna do?” she asked. “He’s confident that his poll numbers are just going to keep on rising.” She then played a clip of Trump on ABC’s This Week in which he said, “You have a black president [Barack Obama] who’s done very poorly for the African Americans in this country, and I think I will win the African-American vote and I think I will win the Hispanic vote. You’ve seen the recent polls that came out. [Jonathan Karl], you’ll see that, because I’m leading in the Hispanic vote.”

The View’s Rosie Perez then rattled off some recent polling results from Telemundo and The Wall Street Journal, which found that 75 percent of Latinos do not like Trump; 61 percent said they viewed him very negatively; 13 percent said they viewed him in a positive light; and 50 percent found his immigration rhetoric offensive. Perez said that, according to the poll, 55 percent of Latino voters agreed that Trump’s comments about Mexico were “insulting and racist and have no place in a campaign for president.”

Raven-Symoné said, “They are acting like children—the children that we were told not to act like.” She added, “It’s ridiculous.”

Osbourne asked, “In what way does he think that people are going to vote for him after he’s just called them rapists and murderers?” After Michelle Collins jumped in, Osbourne addressed Raven-Symoné and said, “I have a feeling that what is going on is that he is drumming up all of this following and he’s going to pull out right before the campaign…to get all of his voters to vote for the other Republican.”

“I said that a long time ago,” Raven-Symoné said.

“If you kick every Latino out of this country, then who is going to be cleaning your toilet, Donald Trump?” Osbourne said. “In the sense that…you know what I mean? But I’m saying that in L.A., they always…” The other co-hosts were taken aback, and Perez said, “Latinos are not only the only people doing that.” Osbourne cut her off and said, “No, I didn’t mean it like that! Come on! I would never mean it like that! I’m not part of this argument.”

At the end of the show, Perez defended Osbourne, telling viewers, “I want to apologize to this young woman once again for being overly sensitive.”

Osbourne asked why, saying, “You have every right…”

“No, Kelly Osbourne is on our side and I was sensitive,” Perez said. “My disdain should go to only Donald Trump, so I’m sorry, darling.”

A DAREDEVIL IN TAHITI: Interview with stuntman Robbie Maddison, who charged Tahiti on a moto

In the video above, you’ll see a madman take off on a sizeable wave in Tahiti on a highly-modified motorcycle. His name is Robbie Maddison, and he’s a surfer-slash-stunt-rider from Australia. “Maddo” seems to know no fear, as he’s backflipped the Tower Bridge in London, jumped the Corinth Canal in Greece, and acted as the stunt-double for Daniel Craig in James Bond films. But looking over the ledge in Tahiti, while holding onto two handlebars, is another level of madness. We caught up with Maddo to ask him, well, why?

Well, let’s take it from the top. Where the hell did this idea come from?

Well, I grew up surfing, and my wife is a big-time wakeboard champion, so every time we’re home in Australia we’re in boats, on the water, etc. I guess the idea originally came from—well I mean I’m obviously a motorcycle guy—but I was on the back of a boat and we were cruising along the river and I’m looking at the wake coming up the back, watching her wakeboard, and something clicked in my head. I fantasized putting skis on a bike and riding on water. It was a stupid vision at the time, but I kept toying with it, playing with designs and concepts, and eventually it became a reality.

Like most people who surf in Tahiti, you don’t have a good trip unless you meet up with Raimana. We heard he was pretty crucial to pulling this off.

Yeah, I’d never met him before, but he’s a nice guy, very hospitable and a great surfer. Before the stunt, the day before I got the big wave on my bike, a big swell came and Raimana towed me into the sickest waves I’ve ever experienced. I caught some wearing my full gear to get used to wearing it in the water, and he towed me into ‘em. Then right after, he towed into a couple waves and I watched him get some of the sickest barrels I’ve ever seen first-hand. I was up on the Jet Ski right in front of where the lip was hitting the water, parallel to the reef—it was just so epic. That scene will live with me forever.

Having grown up in Australia on the beaches just south of Sydney, did understanding the physics of a wave and ocean dynamics help you at all? Did your past as a surfer influence how you were able to ride that bike in the surf?

Yeah, 100 percent. I’ve surfed since I was 8 years old. I’ve been a surfer for like 26 years. If I wasn’t a surfer growing up there’s no way I would have ever even imagined this, not to mention have had the knowledge of how to read the wave. I was only comfortable in this scenario because I’ve spent the majority of my life dropping in on waves. Honestly, the whole way I imagined I needed to ride the wave on my bike was wrong, but after watching some footage, with my knowledge of surfing I realized I had to adjust to be up on the face of the wave—and I’m comfortable being there because I spent the majority of my life dropping in on the face of waves. If I hadn’t been a surfer at heart, I couldn’t have pulled it off.

How does the perspective that we see in the photos and the video relate to what your perspective was of riding those waves in full gear on your bike?

The thing that sticks with me the most after that whole experience was how physically demanding it was. Honestly, I really thought that getting the right wave would have been easier [Laughs]. I don’t think the photos or video show how physical it was. You can’t see that when the wave broke right behind me, I honestly thought that might be the end of my life. I’ve never felt like I was in the wrong place at the wrong time more than I did right there. It was a near-death experience. At the end of the day, the images and footage say something pretty awesome, but the ferocity and how gnarly that thing was can’t really be put into words.