A Short Banking History of the United States 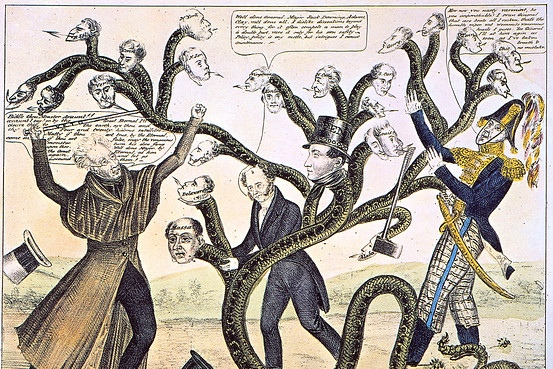 How could the richest and most productive economy the world has ever known have a financial system so prone to periodic and catastrophic break down? One answer is the baleful influence of Thomas Jefferson.

Jefferson, to be sure, was a genius and fully deserves his place on Mt. Rushmore. But he was also a quintessential intellectual who was often insulated from the real world. He hated commerce, he hated speculators, he hated the grubby business of getting and spending (except his own spending, of course, which eventually bankrupted him). Most of all, he hated banks, the symbol for him of concentrated economic power. Because he was the founder of an enduring political movement, his influence has been strongly felt to the present day.

Consider central banking. A central bank’s most important jobs are to guard the money supply — regulating the economy thereby — and to act as a lender of last resort to regular banks in times of financial distress. Central banks are, by their nature, very large and powerful institutions. They need to be to be effective.

Jefferson’s chief political rival, Alexander Hamilton, had grown up almost literally in a counting house, in the West Indian island of St. Croix, managing the place by the time he was in his middle teens. He had a profound and practical understanding of markets and how they work, an understanding that Jefferson, born a landed aristocrat who lived off the labor of slaves, utterly lacked.

Hamilton wanted to establish a central bank modeled on the Bank of England. The government would own 20% of the stock, have two seats on the board, and the right to inspect the books at any time. But, like the Bank of England then, it would otherwise be owned by its stockholders.

To Jefferson, who may not have understood the concept of central banking, Hamilton’s idea was what today might be called “a giveaway to the rich.” He fought it tooth and nail, but Hamilton won the battle and the Bank of the United States was established in 1792. It was a big success and its stockholders did very well. It also provided the country with a regular money supply with its own banknotes, and a coherent, disciplined banking system.

But as the Federalists lost power and the Jeffersonians became the dominant party, the bank’s charter was not renewed in 1811. The near-disaster of the War of 1812 caused President James Madison to realize the virtues of a central bank and a second bank was established in 1816. But President Andrew Jackson, a Jeffersonian to his core, killed it and the country had no central bank for the next 73 years.

We paid a heavy price for the Jeffersonian aversion to central banking. Without a central bank there was no way to inject liquidity into the banking system to stem a panic. As a result, the panics of the 19th century were far worse here than in Europe and precipitated longer and deeper depressions. In 1907, J.P. Morgan, probably the most powerful private banker who ever lived, acted as the central bank to end the panic that year.

Even Jefferson’s political heirs realized after 1907 that what was now the largest economy in the world could not do without a central bank. The Federal Reserve was created in 1913. But, again, they fought to make it weaker rather than stronger. Instead of one central bank, they created 12 separate banks located across the country and only weakly coordinated.

No small part of the reason that an ordinary recession that began in the spring of 1929 turned into the calamity of the Great Depression was the inability of the Federal Reserve to do its job. It was completely reorganized in 1934 and the U.S. finally had a central bank with the powers it needed to function. That is a principal reason there was no panic for nearly 60 years after 1929 and the crash of 1987 had no lasting effect on the American economy.

While the Constitution gives the federal government control of the money supply, it is silent on the control of banks, which create money. In the early days they created money both through making loans and by issuing banknotes and today do so by extending credit. Had Hamilton’s Bank of the United States been allowed to survive, it might well have evolved the uniform regulatory regime a banking system needs to flourish.

Without it, banking regulation was left to the states. Some states provided firm regulation, others hardly any. Many states, influenced by Jeffersonian notions of the evils of powerful banks, made sure they remained small by forbidding branching. In banking, small means weak. There were about a thousand banks in the country by 1840, but that does not convey the whole story. Half the banks that opened between 1810 and 1820 had failed by 1825, as did half those founded in the 1830s by 1845.

Many “wildcat banks,” so called because they were headquartered “out among the wildcats,” were simple frauds, issuing as many banknotes as they could before disappearing. By the 1840s there were thousands of issues of banknotes in circulation and publishers did a brisk business in “banknote detectors” to help catch frauds.

The Civil War ended this monetary chaos when Congress passed the National Bank Act, offering federal charters to banks that had enough capital and would submit to strict regulation. Banknotes issued by national banks had to be uniform in design and backed by substantial reserves invested in federal bonds. Meanwhile Congress got the state banks out of the banknote business by putting a 10% tax on their issuance. But National banks could not branch if their state did not allow it and could not branch across state lines.

Unfortunately state banks did not disappear, but proliferated as never before. By 1920, there were almost 30,000 banks in the U.S., more than the rest of the world put together. Overwhelmingly they were small, “unitary” banks with capital under $1 million. As each of these unitary banks was tied to a local economy, if that economy went south, the bank often failed. As depression began to spread through American agriculture in the 1920s, bank failures averaged over 550 a year. With the Great Depression, a tsunami of bank failures threatened the collapse of the system.

The reorganization of the Federal Reserve and the creation of the Federal Deposit Insurance Corporation hugely reduced the number of bank failures and mostly ended bank runs. But there remained thousands of banks, along with thousands of savings and loan associations, mutual savings banks, and trust companies. While these were all banks, taking deposits and making loans, they were regulated, often at cross purposes, by different authorities. The Comptroller of the Currency, the Federal Reserve, the FDIC, the FSLIC, the SEC, the banking regulators of the states, and numerous other agencies all had jurisdiction over aspects of the American banking system.

The system was stable in the prosperous postwar years, but when inflation took off in the late 1960s, it began to break down. S&Ls, small and local but with disproportionate political influence, should have been forced to merge or liquidate when they could not compete in the new financial environment. Instead Congress made a series of quick fixes that made disaster inevitable.

In the 1990s interstate banking was finally allowed, creating nationwide banks of unprecedented size. But Congress’s attempt to force banks to make home loans to people who had limited creditworthiness, while encouraging Fannie Mae and Freddie Mac to take these dubious loans off their hands so that the banks could make still more of them, created another crisis in the banking system that is now playing out.

While it will be painful, the present crisis will at least provide another opportunity to give this country, finally, a unified banking system of large, diversified, well-capitalized banking institutions that are under the control of a unified and coherent regulatory system free of undue political influence.

Mr. Gordon is the author of “An Empire of Wealth: The Epic History of American Economic Power” (HarperCollins, 2004). 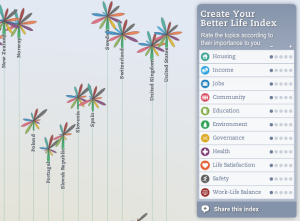