Puerto Rico Is Going Broke. That Could Be Bad for Your Savings Account. 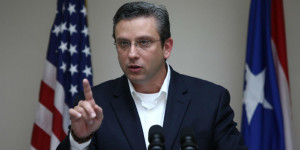 Greece isn’t the only popular vacation destination on the verge of bankruptcy.

In an interview with the New York Times released June 28, Puerto Rican Gov. Alejandro García Padilla admitted his government is unable to pay $73 billion in debt to its bondholders. He is expected to give a speech later today outlining the extent of the problems. The short version is, things are not good.

But Puerto Rico isn’t Greece. It’s not going to have the far-reaching implications that the Greece crisis does; it’s not San Juan’s problem with servicing debt that caused stocks to trade 200 points lower Monday morning.

Puerto Rico has the advantage of being a U.S. commonwealth. Because of that status, the United States is obligated to give García Padilla an assist, although it’s not quite clear what that help will be. And the federal government has dealt with government bankruptcies before, most recently when Detroit went belly up in 2012.

But because Puerto Rico is a commonwealth, not a city, it doesn’t have the option of filing for bankruptcy in the same way Detroit did, and here’s where things get complicated and potentially bad for American consumers. Under the terms of the Chapter 9 bankruptcy that Detroit filed, there is a clearly delineated process for investors to recoup a portion of their money.

Because it is a commonwealth, Puerto Rico isn’t eligible for this process. It has to come to an agreement with creditors — in other words, the people who lent it money need to agree to a so-called “haircut,” or accepting less than what they’re owed.

You can see García Padilla starting to make that case. In his Times interview, he said, “If they don’t come to the table, it will be bad for them…. What will happen is that our economy will get into a worse situation and we’ll have less money to pay them. They will be shooting themselves in the foot.”

Here’s where there are direct parallels to what’s going on in Greece this week. Athens can’t pay back what it owes its creditors either and wants the IMF, the European Central Bank, and the European Commission to forgive some of its debt. American consumers are largely insulated from that crisis.

Not so in Puerto Rico. In 2013, about three-quarters of municipal bond mutual funds had exposure to Puerto Rican debt. The commonwealth’s municipal bonds have been an attractive investment because they are free from federal U.S. taxes. That means money managers like Charles Schwab and Franklin Templeton have to agree to get paid back less than what they lent. The value of the funds that contain Puerto Rican bonds will inevitably go down.

Municipal bonds are popular with money market fund managers looking for guaranteed, but modest, returns. U.S. savings accounts often plant money in them; it’s why typical American savings and money market accounts grow at such a slow, but steady, pace.

And the size of Puerto Rican debt is much larger than Detroit’s debt load. The Michigan city couldn’t pay $20 billion. García Padilla’s government can’t pay back $72 billion, so its lenders are going to have to swallow a sizable haircut.

In other words, money managers must now scramble to make up for anticipated losses because Puerto Rico can’t pay its bills. If they can’t, their customers — American consumers — will end up getting the short end of the stick.

The 6-to-3 ruling means that it is all but certain that the Affordable Care Act will survive after Mr. Obama leaves office in 2017. For the second time in three years, the law survived an encounter with the Supreme Court. But the court’s tone was different this time. The first decision, in 2012, was fractured and grudging, while Thursday’s ruling was more assertive.

“Congress passed the Affordable Care Act to improve health insurance markets, not to destroy them,” Chief Justice John G. Roberts Jr. wrote for a united six-justice majority. In 2012’s closely divided decision, Chief Justice Roberts also wrote the controlling opinion, but that time no other justice joined it in full.

In dissent on Thursday, Justice Antonin Scalia called the majority’s reasoning “quite absurd” and “interpretive jiggery-pokery.”

He announced his dissent from the bench, a sign of bitter disagreement. His summary was laced with notes of incredulity and sarcasm, sometimes drawing amused murmurs in the courtroom as he described the “interpretive somersaults” he said the majority had performed to reach the decision.

“We really should start calling this law Scotus-care,” Justice Scalia said, to laughter from the audience.

In a hastily arranged appearance in the Rose Garden on Thursday morning, a triumphant Mr. Obama praised the ruling. “After multiple challenges to this law before the Supreme Court, the Affordable Care Act is here to stay,” he said, adding: “What we’re not going to do is unravel what has now been woven into the fabric of America.”

The ruling was a blow to Republicans, who have been trying to gut the law since it was enacted. But House Speaker John A. Boehner vowed that the political fight against it would continue.

“The problem with Obamacare is still fundamentally the same: The law is broken,” Mr. Boehner said. “It’s raising costs for American families, it’s raising costs for small businesses and it’s just fundamentally broken. And we’re going to continue our efforts to do everything we can to put the American people back in charge of their health care and not the federal government.”

The case concerned a central part of the Affordable Care Act that created marketplaces, known as exchanges, to allow people who lack insurance to shop for individual health plans. Some states set up their own exchanges, but about three dozen allowed the federal government to step in to run them. Across the nation, about 85 percent of customers using the exchanges qualify for subsidies to help pay for coverage, based on their income.

The question in the case, King v. Burwell, No. 14-114, was what to make of a phrase in the law that seems to say the subsidies are available only to people buying insurance on “an exchange established by the state.”

A legal victory for the plaintiffs, lawyers for the administration said, would have affected more than six million people and created havoc in the insurance markets and undermined the law.

Chief Justice Roberts acknowledged that the plaintiffs had strong arguments about the plain meaning of the contested words. But he wrote that the words must be understood as part of a larger statutory plan. “In this instance,” he wrote, “the context and structure of the act compel us to depart from what would otherwise be the most natural reading of the pertinent statutory phrase.”

This was challenging, he said, in light of the law’s “more than a few examples of inartful drafting,” a consequence of rushed work behind closed doors that “does not reflect the type of care and deliberation that one might expect of such significant legislation.”

But he said the law’s interlocking parts supported a ruling in favor of the subsidies, particularly given that a contrary decision could have given rise to chaos in the insurance markets. A ruling rejecting subsidies in most of the nation would have left in place other parts of the law, including its guarantee of coverage regardless of pre-existing conditions, its requirement that most Americans obtain insurance or pay a penalty, and its expansion of Medicaid.

Without the subsidies, many people would be unable to afford insurance, and healthier consumers would go without coverage, leaving insurers with a sicker, more expensive pool of customers. That would raise prices for everyone, leading to what supporters of the law called death spirals.

“The statutory scheme compels us to reject petitioners’ interpretation,” Chief Justice Roberts wrote, referring to the challengers, “because it would destabilize the individual insurance market in any state with a federal exchange, and likely create the very ‘death spirals’ that Congress designed the act to avoid.”

In dissent, Justice Scalia wrote that the majority had stretched the statutory text too far.

“I wholeheartedly agree with the court that sound interpretation requires paying attention to the whole law, not homing in on isolated words or even isolated sections,” Justice Scalia wrote. “Context always matters. Let us not forget, however, why context matters: It is a tool for understanding the terms of the law, not an excuse for rewriting them.”

“Reading the act as a whole leaves no doubt about the matter,” he wrote. “ ‘Exchange established by the state’ means what it looks like it means.”

Justice Scalia said the decision had damaged the court’s reputation for “honest jurisprudence.”

The court, he said, had taken into its own hands a matter involving tens of billions of dollars that should have been left to Congress.

“The court’s decision reflects the philosophy that judges should endure whatever interpretive distortions it takes in order to correct a supposed flaw in the statutory machinery,” Justice Scalia wrote.

“It is up to Congress to design its laws with care,” he added, “and it is up to the people to hold them to account if they fail to carry out that responsibility.”

Chief Justice Roberts rejected the argument that Congress had limited the availability of subsidies in order to encourage states to create their own exchanges, a notion that had occurred to almost no one at the time the law was enacted.

Sixteen states and the District of Columbia have established their own exchanges. Under the law, the federal government has stepped in to run exchanges in the rest of the states.

“The whole point of that provision,” Chief Justice Roberts wrote, “is to create a federal fallback in case a state chooses not to establish its own exchange. Contrary to petitioners’ argument, Congress did not believe it was offering states a deal they would not refuse — it expressly addressed what would happen if a state did refuse the deal.

The case started when four plaintiffs, all from Virginia, sued the Obama administration, saying the phrase meant that the law forbids the federal government to provide subsidies in states that do not have their own exchanges.

The plaintiffs challenged an Internal Revenue Service regulation that said subsidies were allowed whether the exchange was run by a state or by the federal government. They said the regulation was at odds with the Affordable Care Act.

In July, the United States Court of Appeals for the Fourth Circuit, in Richmond, Va., ruled against the challengers.

Judge Roger L. Gregory, writing for a three-judge panel of the court, said the contested phrase was “ambiguous and subject to multiple interpretations.” That meant, he said, that the I.R.S. interpretation was entitled to deference.

The Supreme Court’s ruling was more forceful. “This is not a case for the I.R.S.,” Chief Justice Roberts wrote. “It is instead our task to determine the correct reading.” 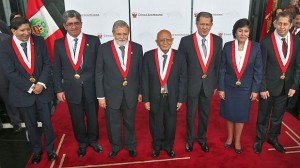 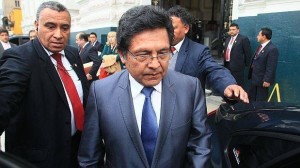