Steph Chaparro – No Me Quedo Callada 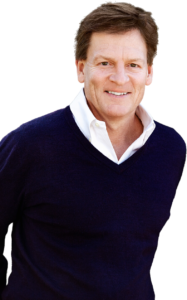 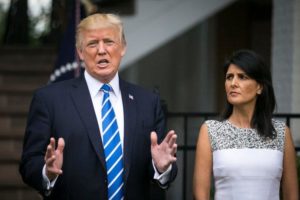 Nikki Haley has resigned as the U.S. ambassador to the United Nations.

It is not immediately clear what prompted the move. She informed her staff Tuesday, NPR’s Michele Kelemen reports. Haley is scheduled to appear with President Trump at the Oval Office Tuesday morning.

Haley, the former governor of South Carolina, has been a fierce advocate for Trump’s policies at the U.N.

“I proudly serve in this administration, and I enthusiastically support most of its decisions and the direction it is taking the country,” Haley wrote in The Washington Post last month, after The New York Times published an anonymous op-ed critical of the Trump administration. “But I don’t agree with the president on everything.”

Why is the U.S. moving its embassy to Jerusalem?

The U.N. Is Giving up on Trump: The United Nations is losing hope that it can influence President Trump—and is threatening to activate Plan B instead.

The United Nations Explained: Its Purpose, Power and Problems