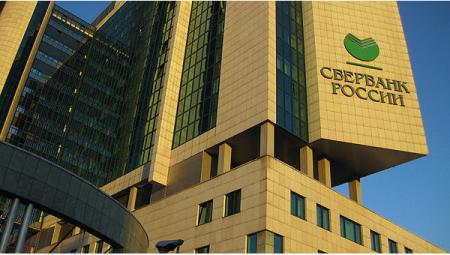 The United States is joining the European Union in issuing increased sanctions against Russia today. The E.U. sanctions went after Russia’s defense and energy sectors, as well as travel bans and asset freezes for powerful Russians and pro-Russian separatists. Today at 10:00 a.m., the Treasury Department also added a slew of their own sanctions against Russian financial services, energy and defense.

The Treasury offered this statement to press:

This newest round of sanctions prohibits offering financing to Rostec, which deals in industrial technology products. It also adds Sberbank of Russia, Kremlin’s largest bank, to the list of sanctioned financial institutions. Debt financing restrictions have been tightened from 90 days to 30 days for the other sanctioned banks: Bank of Moscow, Gazprombank OAO, Russian Agricultural Bank, VEB, and VTB Bank.

The most notable sanction comes in regards to the exportation of goods, services and technology for oil drilling:

Treasury has also imposed sanctions that prohibit the exportation of goods, services (not including financial services), or technology in support of exploration or production for Russian deepwater, Arctic offshore, or shale projects that have the potential to produce oil, to five Russian energy companies – Gazprom, Gazprom Neft, Lukoil, Surgutneftegas, and Rosneft – involved in these types of projects. This measure complements restrictions administered by the Commerce Department and is similar to new EU measures published today. U.S. persons have until September 26, 2014 to wind down applicable transactions with these entities pursuant to a general license that Treasury’s Office of Foreign Assets Control issued today.

In targeting Gazprom Neft, the Treasury is restricting financing to this energy firm. David S. Cohen, Under Secretary for Terrorism and Financial Intelligence, told reporters, “Today’s actions demonstrate our determination to increase the costs on Russia as long as it continues to violate Ukraine’s territorial integrity and sovereignty. The United States, in close cooperation with the European Union, will impose ever-increasing sanctions that further Russia’s isolation from the global financial system unless Russia abandons its current path and genuinely works toward a negotiated diplomatic resolution to the crisis.”