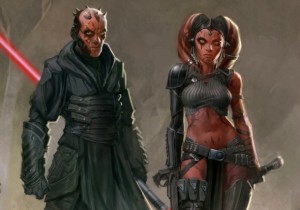 If you recall, a few months back word got out that Red Fly Studio was working on a new video which would have chronicled the origins of the Sith Lord Darth Maul. The game, which would have been similar to the Batman: Arkham series, was cancelled in 2011, but the studio is now apparently trying to revive the project. The CEO of Red Fly Studio, Dan Borth, revealed in a recent Reddit AMA that the studio was working on reviving the game and encouraged fans to tweet their support using the hashtag “#WeWantMaul” to Disney and Lucasfilm accounts.

As for what the studio is doing, Borth revealed that they are “currently working on a full next gen demo of all things Maul to show to the powers that be. It’s been a lot of work on our off time” and that to bring the game back they “need to approach EA with a demo that will impress them. I think we have that or are close to it. Still it is completely not up to us.” He also stated that he would hope “EA will see the value in us reskinning our combat mechanic to be more in line with what they are thinking for Star Wars if they are not interested in maul.”

He also revealed that the game was originally going to follow Maul from when he was just days old to right before The Phantom Menace. It would have also featured a cut scene where Sidious kills Plagueis in his sleep. The game was later slated to be set in The Clone Wars era, and would have seen Maul teaming up with his brother Savage Opress. It was later moved to the “Legacy” era of the old Expanded Universe, at the request of George Lucas, and would have featured a character who was a lot like Maul teaming up with Darth Talon. Borth stated many more Sith were designed for this iteration of the game.

But don’t expect the game, if it’s even resurrected to look anything like the old ideas. Borth makes it clear that, while he and his team liked their old ideas, should the game be resurrected the Lucasfilm Story Group and Disney would have the final say in what the game was. In a perfect world they would do Maul’s origin story but they’re open to anything, including a post-The Clone Wars Maul story or a game about a different character.

I’m open to the idea of Red Fly Studio bringing back their Maul game, it sounds like a passion project for these guys and I can definitely support that. Plus, I trust the Story Group to make sure this game fits in with continuity and feel like authentic Star Wars. Also, I would love to see some video game stories set in the prequel era (especially since Battlefront is original trilogy only!)

Would you like to see the Red Fly Studio Darth Maul game resurrected? Let us know in the comments below.

(Also, check out this demo that was created for one of the versions of the game. Borth noted during the AMA that this was just a demo and that had the game gone any further they would not have had the Death Watch soldiers fighting with Darksabers – as there is only one Darksaber). 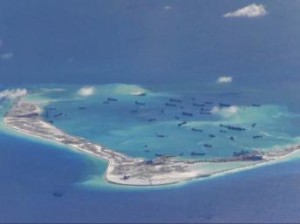 Chinese dredging vessels are purportedly seen in the waters around Mischief Reef in the disputed Spratly Islands in this still image from video taken by a P-8A Poseidon surveillance aircraft provided by the United States Navy May 21, 2015. United States Navy

China summoned the US Ambassador in Beijing on Tuesday over what it called an attempt by Washington to militarise the South China Sea, after a US destroyer sailed within twelve nautical miles of artificial islands China is building in contested waters.

The USS Lassen, a guided missile destroyer, passed within the normal limit of a formation claimed by China, which said its own warships monitored, shadowed and warned the vessel over the exercise.

China says the patrol was an “extremely irresponsible” infringement on its sovereignty, while the US says it was operation freely under international law.

“The US is telling China that according to international laws, seen from the US point of view, there is freedom of navigation in the South China Sea, and that building artificial islands does not equal sovereignty,” says Jean-Vincent Brisset, Senior Fellow at the Institute of International and Strategic Relations in Paris.

While Beijing claimed the exercise was illegal and done without permission of the government, the US has been warning such an exercise was on its way.

China has been transforming reefs and outcrops in the Sea into artificial islands with potential military use, but its claim to the area is not recognised by its neighbours or under international law.

“The Chinese are certainly not going to back down over the structures they have erected, and they well upgrade what they’ve done so as to develop capability for landing aircraft or better harbours with ships,” says Rod Wye, associate fellow with the Asia program at Chatham House in London.

“This course brings them into conflict not simply with the United States over freedom of navigation issues, but with other countries in the region that also have claims to some of the islands.”

Several countries in the region, including US allies, have claims of their own, raising raised fears of open conflict.

“US allies in the region, such as Japan, South Korea and Indonesia, would like the US to play more of a role in the region through these freedom of navigation operations,” says Theresa Fallon, senior associate at the European Institute for Asian Studies in Brussels.

US defence authorities said such freedom of navigation exercises will likely become regular operations in the future.

China, meanwhile, has been expanding the reach of its navy and replied that it was prepared to respond to any country’s provocations.

The two developments have raised fears of a potentially explosive situation.

“Something very simple like an exercise could have unintended consequences, but nevertheless, doing nothing also has risk,” Fallon says.

“The question is: will these freedom of navigation operations change China’s behaviour? Or will China use it as a way to build up their islands more rapidly?”