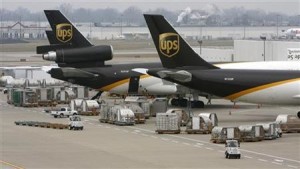 The union representing United Parcel Service Inc. pilots voted overwhelmingly to authorize their executive board to call a strike if and when it sees fit as contract negotiations enter their fifth year, a very public signal of employee dissatisfaction at the delivery giant as the all-important holiday peak fast approaches.

On Friday, the union said that more than 99% of the pilots who voted said yes, authorizing the Independent Pilots Association’s executive board to request a release from federally mediated negotiations with UPS. If the union chooses to ask for release and it is granted by the mediators, the pilots would be able to strike.

“The ball now is really in UPS’s court to decide which direction we’re going,” said Capt. Robert Travis, president of the union, which represents more than 2,500 pilots.

The main sticking point between UPS and the pilots union is work rules, specifically to avoid fatigue, said Mr. Travis. The pilots want more time to rest between flights, with rules closer to what the Federal Aviation Administration has come up with for airline pilots. He said other sticking points include pay, health care and retirement benefits.

UPS called the strike “a symbolic gesture” and “a common union tactic in airline negotiations.” The next round of negotiations is already scheduled to take place in November.

UPS said that it takes excellent care of its pilots, with higher pay, better benefits and less flying time. It has successfully negotiated contracts four times in its 27 years of running an airline, the company said, and it doesn’t expect any disruptions this time around. “Any discussion of holiday disruptions is negotiations posturing,” UPS said.

This week, the International Brotherhood of Teamsters—which represents about 250,000 UPS employees working as drivers, package handlers and loaders—pledged to stand with the pilots if it did come to a strike.

“If a strike is necessary, we will not cross your lines, but will stand with you on them,” Teamsters leaders said in a letter to the union.

The agreement between FedEx and its pilots will put more pressure on UPS to get a deal done, says Kevin Sterling, a transportation analyst with BB&T Capital Markets. No one fears a strike yet, though.

“It’s in the back of everybody’s mind, but I get the sense that no one is running for the hills yet. They understand that it’s a tactic,” Mr. Sterling said.

Both airlines and railroads fall under the U.S. Railway Act, which makes it more difficult to strike. Under that law, contracts don’t expire, and federal mediation is mandated once the two sides come to an impasse. UPS and its pilots union entered that process in early 2014. Federal authorities likely would hesitate before releasing the two parties from mediation, which would effectively allow a strike that could cripple the economy.

Contract negotiations between UPS and its pilots typically last several years, and the union has twice in previous years voted to authorize a strike vote before the two groups came to an agreement.

Even a hint of a strike leading into the holiday season could prompt nervous shippers to consider other options. FedEx and other rivals are sure to use those fears as a selling point.

“With the holiday season approaching, a pilot strike would certainly put shippers in a precarious position,” said Scott Langley, president of global sales and strategy for shipping consultant Intelligent Audit, in an email. “Shippers are constantly evaluating their contingency plans, especially as it pertains to peak season shipping, so they are monitoring this situation very closely.”

UPS flies packages across the country and around the world in planes, with space often reserved for higher-revenue packages that need to get there fast. The delivery giant runs a delicate, precise network that can be easily rattled by severe weather events, unexpected surges in packages and other disruptions. In 1997, a Teamsters strike cost the company an estimated $600 million as employees walked off the job for a little more than two weeks.

Write to Laura Stevens at laura.stevens@wsj.com