Three years after a Cheerios ad featuring an interracial couple sparked backlash, the advertising industry is being rocked again by reactions to another campaign – this time it’s Old Navy that’s under fire for putting a mixed race family front in center in one of their spots.

The retail chain has been accused of promoting “miscegenation,” “white genocide” and “anti-white propaganda” by mostly anonymous social media users this week. That hostility has already been met by its own counter-punch, delivered by Sen. John McCain’s son Jack, a Navy helicopter pilot who has been married to an African-American woman since 2013. The McCains are no strangers to pushing back against racial animus towards mixed race families, since they’ve had to fend off below the belt attacks of their adopted daughter from Bangladesh for years.

Jack McCain has posted several photos with his wife, Renee Swift McCain, who is a captain in the USAF reserve, while calling out “ignorant racists.” Later, Swift McCain tweeted a photo of herself and her husband with the caption: “I was just in @OldNavy this weekend! Bought something for me and my husband. #LoveWins.”

This so-called controversy is another example of how our nation’s retail stores are becoming a new battleground for its culture wars (Target has been vilified for its pro-equality bathroom policies), and of the challenges advertisers face when trying to present a more realistic portrait of multicultural America.

“Sometimes there are folks in the room who actually believe we live in a post-racial society,” cultural strategist Denitria Lewis, who has been been working in advertising for 15 years, told MSNBC Thursday. “If you pay only a modest bit of the attention to the news, you know we don’t.”

Lewis, who has worked with brands like Toyota and Wal-Mart to help address how internal and external biases might effect their commercial messaging, didn’t find the backlash to the Old Navy ad shocking, but admitted she is “tired” of hearing critics cast any ad that portrays mixed race couples in a positive light as an act of political provocation.

“This Old Navy ad was pretty benign on the surface. There’s nothing about that ad that would have stood out to me as edgy,” she said.

The same could have been said for the Cheerios ad, which simply showed a family playfully enjoying their breakfast together. But perhaps it’s the normalcy with which these ads approach multiracial families that has proved most threatening to prejudiced viewers.

“I think this [past] year we’ve seen a resurgence of people who are just anti-diversity and inclusion and anti-being politically correct, and very much rising up against anything that is around equality,” said Neisha Tweed, a creative strategist at Facebook who is in an interracial relationship. “I think partially it’s Donald Trump … it existed and now it’s more exposed and kind of mainstream.”

Tweed, who hails from the Caribbean and rose up the ranks on the creative side of the business writing ads, is hopeful companies won’t get discouraged by a small, albeit loud minority of critics.

“You can’t let them win,” she said. “I think it’s brave for brands to start doing that and start reflecting the way America is.”

Though Barack Obama, the child of an interracial relationship, has now served as president of the United States for nearly eight years, and a 2010 Census recorded a 28 percent rise in the number of inter-ethnic and interracial couples in the U.S., the Old Navy ad is getting hit with the same ominous accusation of promoting “white genocide” that the blockbuster film “Star Wars: The Force Awakens” received when its trailer prominently featured black actor John Boyega.

“When you have been in a position where you have been promoted and praised your entire life, anything [else] is going to feel like oppression to you,” Lewis opined. Also working against advertisers, according to Lewis, is the perception that they are “almost the enemy, because we’re trying to relieve you of the money in your pocket.”

Tiffany R. Warren, the Senior VP and Chief Diversity Officer at Omincom Group, as well as the founder of ADCOLOR, says that most companies are also becoming increasingly aware of the fact that “we have to respond to diversity or we die.”

According to Warren, most companies either have an already diverse base of consumers, or they’re looking to grow. As someone who came of age in Boston during the 1970s battles of multicultural diversity programs, and who saw firsthand how few people of color had risen in the ranks of advertising when she was getting started, she is well aware that there are growing pains across the board when it comes to incorporating inclusion into a person’s mindset.

“It’s a talent issue, not a creative issue,” Warren said. “We are really moving the ball forward in terms of equality. Are we moving a little faster than everyone else? I’m not quite sure. But the key part is we are connecting with consumers.”

Although Lewis said she has seen some significant improvement on race matters in the last two to three years, she concedes that the makers of the ads we watch are often just as off-base as their haters. “Working in this business can still be very frustrating,” she said, “and it is because of that lack of representation in the room a lot times.”

When it comes to the uproar over Old Navy, Lewis suggested that ”to place that much meaning on it is very much a projection of that person’s normative way of life. It’s frightening to see a couple that is antithesis of what you think a wholesome family would be. I don’t know if the general public is prepared to have their brands are tell them how to live.”

Still, the backlash could cut both ways – with more progressive-minded consumers embracing a company because it takes the risk of appearing more tolerant. Tweed says Target’s bathroom stance and Old Navy’s interracial couple ad actually made her personally more motivated to shop in those stores.

“Brands could actually win a little bit more in that way,” she said. “Taking such a strong stance could actually be better for your business … you might end up getting people who want to be on your side because you’re doing the right thing.”

“I think that’s a comforting thought,” Warren said. “But at the end of the day it really does signal that there’s a lot of cultural insensitivity in our country.” However, she cites diversity efforts by well-established brands like Marvel and Barbie as a positive step in the right direction.

You can also read: http://www.attn.com/stories/7934/twitter-response-interracial-old-navy-ad 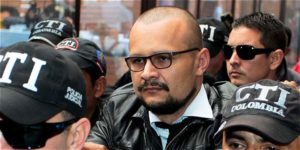