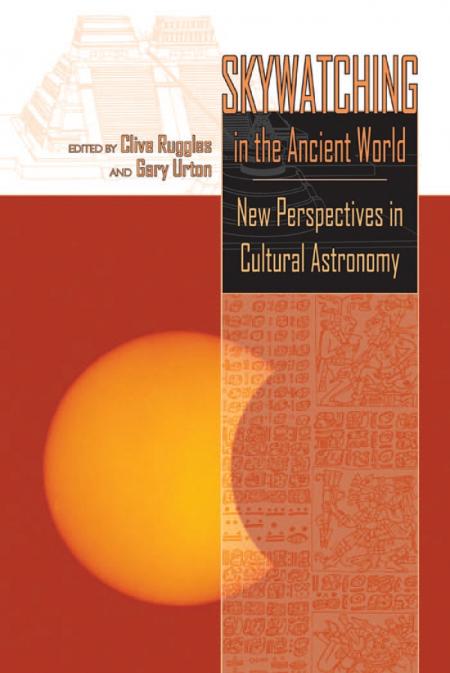 Compiled in honor of Anthony F. Aveni, America’s leading archaeoastronomer, Skywatching in the Ancient World offers state-of-the-art work in cultural astronomy by well-known experts in Mayan glyphic studies, cultural history, ethnohistory, and the history of science and of religions.

This collection’s wide range of outstanding scholarship reveals that cultural astronomy has come into its own. The diverse topics addressed by the contributors include the correlation between Colonial Northern Zapotec and Gregorian calendars, the period of use of the Dresden Codex Venus table and the significance of the Lunar Almanacs that precede it, a new interpretation of an Inka tapestry mantle as a commemorative calendar, temple orientations in Hawai’i and church orientations in Medieval England, and the connection in cultural imagery between astronomers (science) and wizards (magic).

“With its stunning array of diverse approaches, from the Maya Dresden Codex to Hawaiian astronomy to the alignment of Medieval English churches . . . this volume presents a series of important articles written by eminent scholars in the field of cultural astronomy. In terms of edited volumes, it is the most important contribution to the field in recent memory.”
-Grant Aylesworth, University of New Brunswick

“The series of papers necessarily utilize a diverse combination of methodological and interdisciplinary approaches to interpret past social practices related to astronomy. This book will be of interest not only to archaeologists working in Mesoamerica but also to anthropologists who “seek to understand how perceptions of the sky have influenced, and can influence, human thought and action” (p. 12).”
-Reiko Ishihara, The Americas

Review
Reiko Ishihara
From: The Americas
Volume 65, Number 3, January 2009
pp. 424-426 | 10.1353/tam.0.0074
In lieu of an abstract, here is a brief excerpt of the content:
This book represents the current state of the field of archaeoastronomy, or rather cultural astronomy, and is a tribute to Anthony Aveni’s pioneering contributions that have defined and continue to shape the “anthropology of astronomy.” The book title likely stems from Anthony Aveni’s Skywatchers of Ancient Mexico (1980; rev. 2001) publication, reflecting the theoretical and methodological developments of the field referred to by the editors as “social contextualization” (p. 2), and specifically points to a change in scholarly focus from the skywatchers to skywatching, from studying ancient astronomy to emphasizing social processes and practices related to cultural cosmologies and the sky.

The volume includes an introductory section by Ruggles and Urton, Davíd Carrasco, and Lorraine Aveni, and consists of 11 chapters that represent the topical and geographical diversity that Aveni’s work has influenced. In the Introduction, the editors present a theoretical overview of the field, commenting that the set of papers demonstrate “the relevance of cultural astronomy today to broader social questions, especially where these sit at the interface between cultural anthropology, history, and archaeology” (p. 3). The first six chapters focus on Mesoamerica, Aveni’s principal area of specialization; two chapters concern the Inka region. The final three chapters reflect Aveni’s contributions to methods and practice in cultural astronomy.

Chapter 1 by John Justeson and David Tavárez and Chapter 2 by Edward E. Calnek, present compelling evidence of the institution of calendar reforms after AD 1000 in Oaxaca and after 1507 in Tenochtitlan, respectively. These papers remind scholars that calendars themselves are socio-cultural products functioning within a dynamic process that were manipulated and transformed by the users. The next chapters take up different sections of the Dresden Codex examining when and how it may have been used. Harvey and Victoria Bricker convincingly argue that the Venus table, whose function was a warning device, dates to the Terminal Classic and was used through the Early Postclassic. Dennis and Barbara Tedlock identify the deities depicted with the lunar goddess as particular constellations by correlating the types of interactions with the goddess to sidereal locations. Another case study that links prehispanic documents with practice is presented by Susan Milbrath, who reexamines a portion of the Codex Borgia suggesting that they do not depict the 584-day Venus synodic cycle but rather the historical record of rituals and associated celestial events in the festival cycle of the year 1496.

Amidst the transformative social processes that are highlighted throughout the book, Clemency Coggins points to the historical continuity of a cognitive framework that forms the foundation of time and distance. Chapter 6 concerns basic systems of bodily measurement used throughout Mesoamerican history and their relationship to calendars. In Chapter 7, Gary Urton presents an intriguing analysis on the spatial organization of the geometrical designs that comprise a particular Andean tapestry, arguing that it represents a historically structured, commemorative five-year calendar as a publicly accessible medium akin to stelae in the Maya area. In Chapter 8, contrasting with Mesoamerican calendric systems, R. Tom Zuidema suggests the importance of lunar observations and its connection with solar movements in the Cuzco calendar. In Chapter 9, Clive Ruggles discusses methodological challenges in interpreting Polynesian temple orientations where navigational astronomy played a prominent role, emphasizing the importance of cultural context via oral history and ethnography. In Chapter 10, Stephen C. McCluskey uses medieval texts to revisit the assumption that churches were oriented to the ambiguously defined “equinoctial east” and examines the corresponding religious symbolism. The final paper by Edwin C. Krupp brings the theme’s astrological significance into focus, tracing the iconic transformations of the perceived role of shamans and wizards cross-culturally as well as through time. Just as different perceptions of the sky reflect varied cosmological beliefs and practices, the history of occult magic likewise reveals distinct experiences of reality. 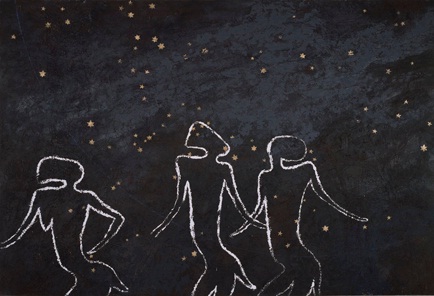 Details:
In Indigenous worldviews — where humanity, nature, and the spiritual realm are closely connected — the night sky provides spiritual and navigational guidance, timekeeping, weather prediction, and stories and legends that tell us how to live a proper life. Cultural astronomy, also referred to as archaeoastronomy or ethnoastronomy, explores the distinctive ways that astronomy is culturally embedded in the practices and traditions of various peoples. In this symposium, experts Michael Wassegijig Price, John MacDonald, Gary Urton, and Babatunde Lawal discuss the cultural astronomy traditions of four indigenous regions/cultures: Ojibwe, Inuit, Andean, and African.

The program flyer is available for downloading.