This file in power point contains pictures which was done by Glen T. Martin, President of the World Constituion and Parliament Association (WCPA), Professor of Philosophy and Chair Emeritus of Peace Studies, Radford University,  on the Book “Two Essays”. 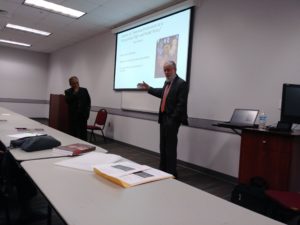 This file in power point contains pictures on the Book “Two Essays” which was presented in Radford University from Virginia USA  in this year 2018. “Two Essays” contains the “Universal Declaration of tha Spirituality as Fundamental Rigth an Public Policy” a Bill of Rigths that is a proposal from us to all Sates of the world in order to face the great problems of the world. We think that rigth now this proposal should be assumed by Peru Government inmediately, for face to this crisis succesfully. 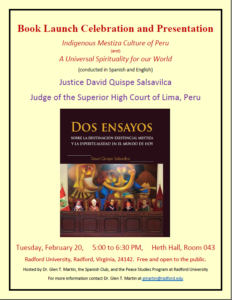 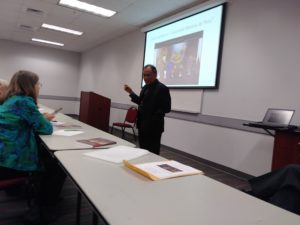