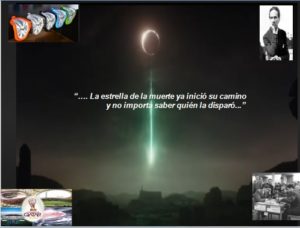 English version of this poem, which refers to  The star of death of Star Wars, it sais: “The star of death has already begun its journey and it does not matter who’s shot …”. Glen Martin (President of the World Constitution Parliament Association) has said on this: “Powerful!  It left us speechless and moved.”