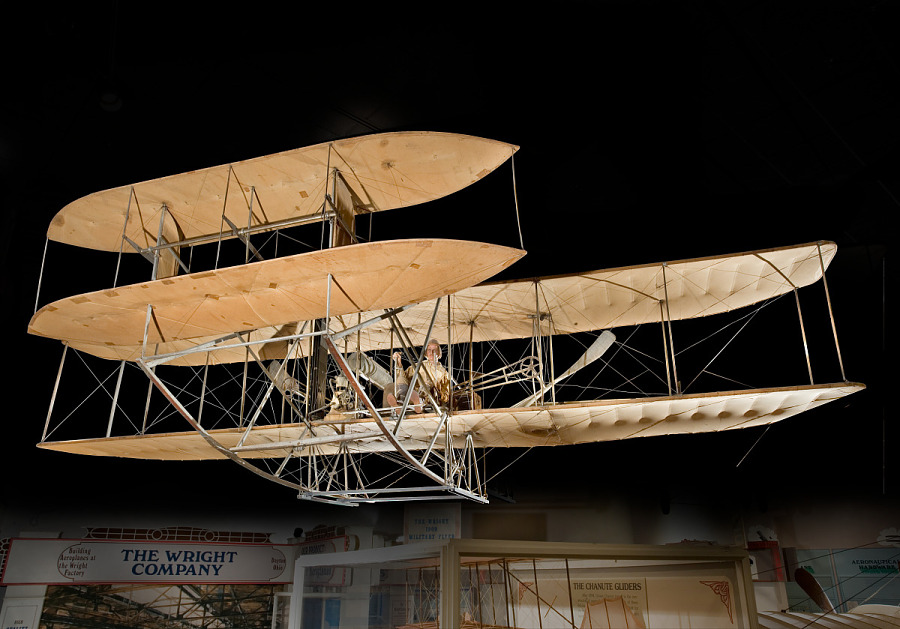 “An uninterrupted navigable ocean that comes to the threshold of every man’s door, ought not to be neglected as a source of human gratification and advantage.”
—Sir George Cayley, English engineer, 1816

Between the first flights of the Wright brothers in 1903 and the outbreak of World War I in 1914, the airplane grew from an ancient dream into a reality that would shape the future.

Early Flight uses artifacts like the Lilienthal Glider, 1909 Wright Military Flyer, and the Blériot XI to explore how in one short decade people in America and around the world were pushing boundaries, setting records, participating in air shows, and turning the aircraft into a technology that would create an aerial age.

VISIT VIRTUALLY  AND SEE THE GALLERY. THEN, ANSWER THE FOLLOWING QUESTIONS AND PARTICIPATE WITH YOUR COMMENTS!

1) Why do you think humans are so fascinated with the idea of flight?  2) In what ways do you think air travel will change in the future?  3) Are there any pioneers in other fields that you admire? Give your reasons.