An anti-prostitution provision in a federal AIDS funding program created under the George W. Bush administration was struck down as unconstitutional by the U.S. Supreme Court on Thursday

The decision is a victory for private aid organizations that believe the provision, which required them to explicitly oppose prostitution and sex trafficking as a condition for getting federal dollars, has blocked them from serving at-risk AIDS populations, such as sex workers.

The 6-2 decision, written by Chief Justice John G. Roberts Jr., said it is a violation of the First Amendment to require people “to pledge allegiance to the government’s policy of eradicating prostitution” as a funding condition.

Associate Justice Elena Kagan, who was the Obama administration’s solicitor general before joining the court in 2010, recused herself from the case. Associates Justice Antonin Scalia and Associate Justice Clarence Thomas dissented.

The provision — sometimes called the “prostitution pledge” — was part of the U.S. Global Leadership Against HIV/AIDS, Tuberculosis and Malaria Act of 2003. The act includes the $4.5 billion President’s Emergency Plan for AIDS Relief (PEPFAR).

The law says its funds cannot be used “to promote or advocate the legalization or practice of prostitution or sex trafficking.” But it went further, asking that grant recipients adopt that same viewpoint and sign a pledge that they “explicitly” opposed prostitution and sex trafficking.

That requirement “to profess a specific belief” went too far, the majority wrote, affirming a 2011 decision by the 2nd Circuit Court of Appeals that struck down the pledge.

He and other lawmakers had put the pledge into the PEPFAR program as a way to ensure that the U.S. government didn’t unwittingly fund or promote commercial sex activities — “pimps and brothel owners” — as part of the battle to stop the spread of HIV/AIDS.

“The U.S. taxpayer may well now legitimately question whether U.S. assistance being given for laudable purposes is being administered by hands that undermine those very goals,” said Mr. Smith, chairman of the global human rights panel on the House Foreign Affairs Committee.

The Alliance for Open Society International (AOSI) and three other AIDS-fighting groups challenged the law as an unconstitutional violation of free speech.

“Today’s ruling is an important victory toward lifting the taboo that has plagued HIV prevention programs since the anti-prostitution pledge began,” said Marine Buissonniere, director of the Open Society Public Health Program.

“It is critical to work in concert with sex workers and their advocates in the fight against HIV and AIDS. Condemnation and alienation are not public health strategies,” she said.

The U.S. Agency for International Development, which oversees PEPFAR, was sued in the case.

In April, when the high court heard arguments on the case, Deputy Solicitor General Sri Srinivasan defended the law, saying Congress placed rational limitations on the use of its HIV/AIDS funds.

The government can and does set restrictions on its funding programs to find the best “partners” for its efforts, and it is reasonable to ask groups receiving funds to fight AIDS to also oppose prostitution and sex trafficking, said Mr. Srinivasan, who represented the Agency for International Development, the Department of Health and Human Services, and the Centers for Disease Control and Prevention. He has since been confirmed to join the D.C. federal appeals court.

On the other side, David W. Bowker, who represented AOSI, a group funded by billionaire George Soros, said the pledge was unconstitutional and hobbles AIDS-fighting efforts with one of the very populations that needs services.

The pledge makes funding recipients go through “an ideological purity test” and then forces them “to adopt and express the government’s viewpoint as their own,” the AOSI, Pathfinder International, the Global Health Council and InterAction said in their brief. The pledge does not even apply to other government-funded public health programs, they noted.

In their dissent, Justices Scalia and Thomas said “a central part of the government’s HIV/AIDS strategy is the suppression of prostitution, by which HIV is transmitted. It is entirely reasonable to admit to participation in the program only those who believe in that goal.”

The AOSI runs a program in Central Asia to reduce drug use and prevent the spread of HIV/AIDS, while Pathfinder International offers family planning and reproductive health care in more than 20 countries. The two other groups, the Global Health Council and InterAction, are involved in fighting AIDS through public health and collaborative efforts of nongovernmental organizations. 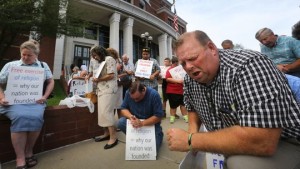 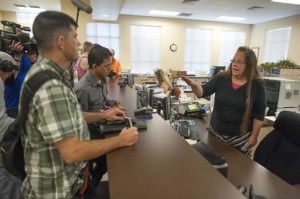 “Under God’s authority”: The case of clerk Kim Davis 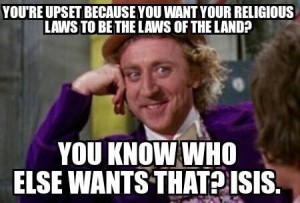 Not for winning or being appointed in clerk position, this will belong to her and, from that post, she can decide who deserves a service and who does not. The exercise of public service is not about choices (It’s Not About what you believe) because is a duty, and she can´t have that discriminatory behavior against any person in relation with the goods and services that the state provides to its citizens.

Public service is mandatory for all civil servant. Public administration and the civil service is characterized by the objectivity and impartiality that is embodied in the fact prevent personal or individual elements affect the civil servant criteria when making decisions.

Finally, rule of law is a principle in public administration and because of that she can´t deny the marriage service even more if the SCOTUS ruled the same sex marriage as a right nationwide. The public servants develops their duties inside a secular state.

See: The Kentucky clerk who won’t issue marriage licences, and all her deputy clerks have been called to appear at a federal court hearing 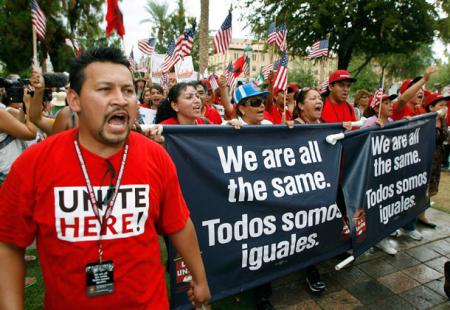 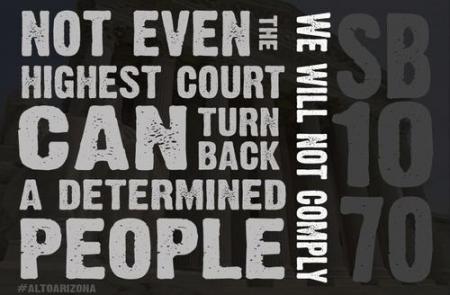 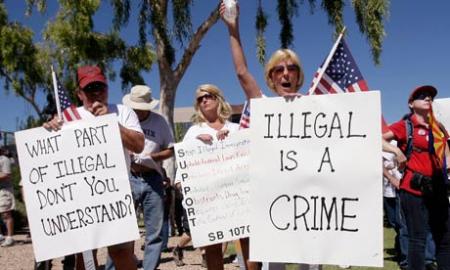