The Most Important Criminal Conviction in Brazil’s History 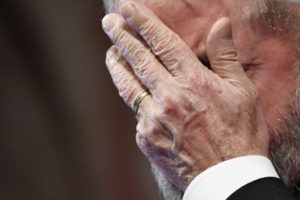 Lula lived up to an old Brazilian saying, “rouba mas faz”—“he steals, but he gets things done.”Photograph by Mateus Bonomi / AP

On Wednesday, Luiz Inácio Lula da Silva, who served as the President of Brazil from 2003 to 2011, was convicted of corruption and money laundering. The case against him grew out of a long-running federal bribery investigation, known as Operation Car Wash, that has sent some of Brazil’s richest and most powerful people to prison—but Lula was the most significant figure to fall yet.

The judge who decided the case, Sérgio Moro, clearly understood the gravity of the situation. He sentenced Lula to nine and a half years in prison but, in deference to the national “trauma” involved in jailing a former President, allowed him to remain free during his appeal. Yet Moro was unambiguous about his conclusion that Lula had taken kickbacks while in office. In his written decision, he described the scheme uncovered by Operation Car Wash: the state oil company, Petrobras, had awarded contracts to construction firms, which then funnelled some of the money to lawmakers in Lula’s coalition. Lula’s precise role in the execution of the scheme remains unclear, but one of the firms involved, OAS, was found to have secretly given him a beachside apartment worth more than seven hundred thousand dollars. More details are sure to come out: Lula faces four additional trials for charges including corruption, influence peddling, and obstruction of justice.

After receiving his sentence, Lula was defiant. On Thursday morning, he held a press conference at the Workers’ Party headquarters in São Paulo. He railed against Moro, whose two-hundred-and-sixty-page ruling, he said, showed “absolutely no proof” of his guilt. Before the verdict, Lula had been—despite his legal troubles—leading the country’s 2018 Presidential election polls, and now he vowed to run. “Anyone who thinks this is the end of Lula is going to be disappointed,” he said, in a voice that has been made gravelly by decades of smoking and a bout of throat cancer. “Wait for me, because no one can decree my end but the Brazilian people.”

Lula’s enduring appeal stems in part from the economic boom he oversaw during his term as President, when thirty million people in Brazil were lifted out of extreme poverty. At the time, many Brazilians allowed themselves to dream that the country might finally see widespread prosperity. And working-class Brazilians identified with his biography: he was the first President of Brazil to grow up poor. Instead of attending school, he sold peanuts and shined shoes. At fourteen, he got a job at an auto-parts factory in São Paulo, where he lost his left pinky in a machine. He gained national fame in the seventies when, as a young union leader, he called for the first major workers strikes in defiance of the military dictatorship. He never lost his lisp, even after being elected to Congress in the eighties. To the country’s workers, he was more like them than any politician they had seen before—a squat man who drank cachaça.

Lula ran for President three times before winning the 2002 election. In his campaigns, he promised to fight the corruption that helped keep Brazil’s élites rich and its workers poor. Once in office, however, he decided not to confront the old system head on. To pass his progressive agenda, he decided to work within the system, building alliances with old-school politicians who, even if they had once supported the business-friendly dictatorship, put patronage over ideology. In the venerable Brazilian tradition, Lula’s Workers’ Party dangled government contracts to win campaign donations from wealthy families, and not every donation was declared to the authorities. With these trade-offs, Lula lived up to an old Brazilian saying, “rouba mas faz”—“he steals, but he gets things done.”

One thing that every Brazilian knows is that while Lula is the country’s first President to be convicted of corruption, he is almost certainly not the first to have committed it. The difference is that, in the past, Brazilian politicians could quash any investigation that threatened them. The irony of Lula’s downfall is that, while his Administration was siphoning billions of dollars from public coffers, it was also allowing an independent judiciary to flourish. That independence led to the investigation—Operation Car Wash—that would eventually ensnare him.

There were many in Brazil who celebrated Lula’s conviction. They believed him to be uniquely corrupt, and blamed the Workers’ Party for the country’s current economic ills. His supporters, however, were not shy in expressing their dismay. Union leaders and left-wing politicians called for protests against what they consider to be a political persecution, part of a right-wing conspiracy to bury Lula’s chances of returning to the Presidency. “This is not democracy,” Lindbergh Farias, a senator from the Workers’ Party, declared in a video on his Facebook page.

The problem with this theory is that Operation Car Wash has also targeted right-wing politicians. The current President, Michel Temer, who helped to orchestrate the impeachment of Lula’s successor, Dilma Rousseff, is one of several top conservative figures facing charges of corruption. (He has denied the charges). In fact, powerful politicians on both the right and the left have begun to quietly unite against Operation Car Wash. Behind the scenes, the Workers’ Party has reportedly worked with Temer’s party toward two common goals: amnesty for politicians who took undeclared campaign donations, and restrictions on the power of prosecutors. Last month, Lula even defended Temer publicly, accusing the country’s prosecutor general of “pyrotechnics” and saying that he should be punished if his allegations are disproved.

In his ruling, Moro cited the seventeenth-century English writer Thomas Fuller: “Be you never so high, the law is above you.” This is a very new concept in Brazil. In recent weeks, Temer has made drastic cuts to the federal police budget, and the main task force behind Operation Car Wash was shut down—even though ninety-five per cent of Brazilians want the investigation to keep going. This is a contest that defies ideological categories, pitting most of the political class against the public. Lula helped millions of the country’s poor, but to side with him now would risk undermining the fight against impunity.

Alex Cuadros is the author of “Brazillionaires: Wealth, Power, Decadence, and Hope in an American Country,” published by Spiegel & Grau. Read more »