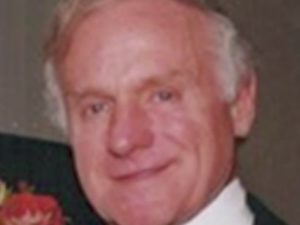 CHICAGO (AP) — A published report says a former private equity adviser and Republican operative who died soon after telling The Wall Street Journal he tried during the 2016 presidential election to obtain Hillary Clinton’s emails from Russian hackers killed himself.

The Chicago Tribune reported Thursday that according to death records from Olmsted County, Minnesota, 81-year-old Peter W. Smith killed himself in a hotel near the Mayo Clinic on May 14. The newspaper says a note from Smith found by police said he was taking his own life because of bad health and an expiring life insurance policy.

Smith’s death came about 10 days after the Journal said he granted an interview in which he claimed he tried to acquire emails missing from Clinton’s server.

Our report on the death of Peter Smith. https://t.co/yJsZsFaAZN

Smith had lived in the Chicago suburb of Lake Forest. A former employee told the Tribune he thought Smith went to the Mayo Clinic for treatment of a heart condition.