‘One Child,’ by Mei Fong 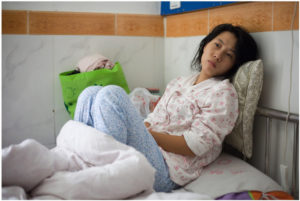 Readers would be forgiven for thinking that the announcement, on Oct. 29, 2015, that China was changing its one-child policy would have turned this book from an account of the daily lives of Chinese people into a work of history. Not so. The event itself came rather late for Mei Fong’s “One Child.” But she makes disconcertingly clear that the repercussions of population control will continue to reverberate throughout China. The policy itself remains a monument to official callousness, and Fong’s book pays moving testimony to the suffering and forbearance of its victims.

It is often assumed that the limitation to a single child was an act of Maoist despotism. In fact, as Fong shows, it was associated with the post-Mao opening. Deng Xiaoping, China’s leader after 1978, had set a target of quadrupling the country’s per capita national income by 2000. China’s planners decided that they could achieve this goal only if, in addition to increasing the size of the pie, there were fewer people to share it.

So they determined, in their words, to “adjust women’s average fertility rate in advance.” The man who ran the program that treated women as if they were production functions was a rocket scientist, Song Jian, who had worked on ballistic missiles. Song went on to help manage the giant Three Gorges Dam on the Yangtze River. His was a world in which unintended consequences were not important.

In 2012, Feng Jianmei, a factory worker pregnant with her second child, was taken to a clinic, forced to sign a document consenting to an abortion and injected with an abortifacient. She was in her seventh month. Pictures of her lying next to her perfectly formed seven-month dead fetus went viral. But hers was hardly an unusual case. In the 1990s, population targets became a major criterion for judging the performance of officials. It is no surprise that they carried out the one-child policy ruthlessly. Reading this account, one wonders why rape as a weapon of war is (rightly) seen as a war crime, whereas the forcible violation of women’s bodies in pursuit of government policy wins United Nations awards.

As Fong makes clear, the one-child policy was not just a crime. It was a blunder. Fertility would have fallen anyway, as happened in other Asian countries, albeit not quite so far and fast. But the policy further distorted sex ratios, resulting in more boys than girls. And it changed expectations: Most people now want only one child. That is why the policy may prove to be hard to reverse.

The greatest strength of Fong’s book is her reporting (she was a correspondent for The Wall Street Journal in China). Fong meets Liang Zhongtang, who fruitlessly attempted to dissuade China’s leaders from adopting the policy in the 1980s. She interviews people at adoption agencies that are suspected of seizing second children and selling them to Westerners. She sees Tough Pig, a boar that survived for 36 days without food or water under the rubble of a vast earthquake in Sichuan Province. The earthquake highlights how unexpected are the tragedies of China’s population policy: Thousands of only children were killed when shoddily built schools collapsed, leaving their stricken parents childless — a disaster in a country where the importance of family has survived even the one-child restrictions. Unlike the earthquake, that policy was — and remains — an unnatural disaster.