An audit by Nigeria’s government has discovered more than 20,000 nonexistent workers on federal payroll. Periodic checks are to be continued to avert further abuse. 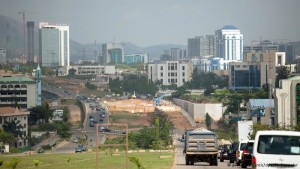 The audit used biometric data and a bank verification number (BVN) to discover where the salaries were being paid. The names of some civil servants receiving a salary did not correspond to the names on the bank accounts. Some individuals were receiving salaries from multiple sources.

“The federal government has removed 23,846 nonexistent workers from its payroll,” Festus Akanbi, a special adviser to Finance Ministe, Kemi Adeosun, announced on Sunday. “Consequently the salary bill for February 2016 has reduced by 2.293 billion naira (10.5 million euros/$11.5 million) when compared to December 2015 when the BVN audit process commenced,” Akanbi added.

The ministry announced that it would undertake “periodic checks and utilize computer-assisted audit techniques.” New and tougher monitoring of entrants to the civil service is to be introduced to prevent further abuse.

Akanbi said the ministry was working with the financial crimes agency and the National Pension Commission to identify irregularities. The aim was to recover salaries and pension contributions related to the ‘ghost’ workers.

“The ongoing exercise, which is part of the cost-saving and anti-corruption agenda of President Muhammadu Buhari’s administration, is key to funding the deficit in the 2016 budget,” said Akanbi.

Buhari’s government came to power last year, pledging in its campaign to tackle corruption and cut the costs of government.

Akanbi said Nigeria’s state coffers were depleted as a result of the collapse in global oil prices. Reducing the costs of state personnel was “key to funding the deficit in the 2016 budget, as savings made will ultimately reduce the amount to be borrowed,” he said.

Corruption and mismanagement have held back the development of Africa’s largest economy for many years.