What’s the future of world order? 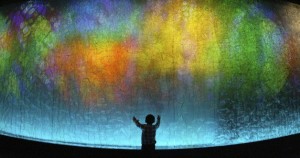 The latest G-7 summit, in the beautiful Alpine setting of Garmisch-Partenkirchen in Germany, has come and gone. No longer the G-8, owing to Russia’s suspension, the forum is again composed exclusively of traditional Western powers. At a time when the emergence of large, densely populated economic powerhouses like Brazil, China, India, and Indonesia is challenging Western dominance, many believe that the current international system is due for an overhaul.

In fact, a new world order is almost certain to emerge – and very soon. The shape it takes will be determined by two key phenomena: globalization and digitization.

Globalization is enabling economies that are not yet fully industrialized to reap the benefits of industrialization and become integrated into global markets – a trend that has redefined the global division of labor and transformed value chains. The revolution in digital communication technology has underpinned this shift.

Of course, the impact of digitization extends beyond economics; it has broken down many cultural barriers, giving ordinary citizens in even remote regions access to information and ideas from all over the world. As globalization-enabled economic development continues to raise incomes, this cultural integration will undoubtedly lead to broader political participation, especially among an increasingly large – and increasingly demanding – middle class. Already, this trend is complicating governments’ efforts at domestic monitoring and control.

In terms of the global economic balance of power, however, the impact of globalization and digitization remains difficult to predict. While these trends have undoubtedly fueled the economic rise of some developing countries, the West – especially the US – retains a technological and innovative edge. Indeed, America’s technological lead – together with its enormous capital assets and dynamic business culture, exemplified in Silicon Valley – could ultimately reinforce its global standing.

But, with major emerging economies like China and India working hard to foster innovation, while still benefiting from technological catch-up, it is also possible that continued globalization and digitization will propel continued “de-Westernization” of the international order. Only time will tell whether these countries will successfully challenge the established powers.

Even if the US – and, to some extent, Western Europe – does retain a competitive edge, it is unlikely to retain the kind of global geopolitical control that it has had since World War II and, especially, since the Soviet Union’s collapse left it as the world’s sole superpower. In fact, even though the US remains dominant in military, political, economic, technological, and cultural terms, its global hegemony already seems to have slipped away.

The reality is that America’s global geopolitical supremacy did not last long at all. After becoming overstretched in a series of unwinnable wars against much weaker – and yet irrepressible – opponents, the US was forced to turn inward. The power vacuums that it left behind have produced regional crises – most notably, in the Middle East, Ukraine, and the South and East China Seas – and have contributed to a wider shift toward instability and disorder.

The question now is what will replace Pax Americana. One possibility is a return to the kind of decentralized order that existed before the Industrial Revolution. At that time, China and India were the world’s largest economies, a status that they will regain in this century. When they do, they might join the traditional powers – the US and Europe, as well as Russia – to create a sort of “pentarchy” resembling the European balance-of-power system of the nineteenth century.

But there are serious questions about most of these countries’ capacity to assume global leadership roles. With the European Union facing unprecedented challenges and crisis, it is impossible to predict its future. Russia’s future is even more uncertain; so far, it has been unable to rid itself of the phantom pains over its lost empire, much less arrest the deterioration of its society and economy. India has the potential to play an important role internationally, but it has a long way to go before it is stable and prosperous enough to do so.

That leaves only the US and China. Many have predicted the emergence of a new bipolar world order, or even a new Cold War, with China replacing the Soviet Union as America’s rival. But this, too, seems unlikely, if only because, in today’s interconnected world, the US and China cannot allow conflict and competition to obscure their common interests.

As it stands, China is financing America’s public debt, and, in a sense, subsidizing its global authority. And China could not have achieved rapid economic growth and modernization without access to US markets. Simply put, the US and China depend on each other. That will go a long way toward mitigating the risks that a new global power’s emergence inevitably generates.

Against this background, it seems likely that the new world order will resemble the bipolar order of the Cold War – but only on the surface. Underneath, it will be characterized by engagement and mutual accommodation, in the name of shared interests.

The G-7 represents a dying order. It is time to prepare for the G-2.

This article is published in collaboration with Project Syndicate. Publication does not imply endorsement of views by the World Economic Forum.

Author: Joschka Fischer was German Foreign Minister and Vice Chancellor from 1998-2005, a term marked by Germany’s strong support for NATO’s intervention in Kosovo in 1999, followed by its opposition to the war in Iraq.

Posted by Joschka Fischer – 13:38
All opinions expressed are those of the author. The World Economic Forum Blog is an independent and neutral platform dedicated to generating debate around the key topics that shape global, regional and industry agendas.