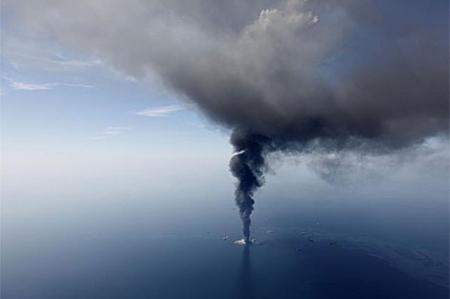 Gulf of Mexico oil spill continues to plague BP more than two years on, with total costs now reaching up to $38bn.

BP has set aside a further $847m (£540m) to pay for the Deepwater Horizon disaster, raising the potential cost to $38bn, but the oil major’s embattled boss stood by claims that the group has “turned the corner” after the world’s worst offshore spill.

Atoning for the blow-out in the Gulf of Mexico has been an expensive and ongoing process for BP, with disappointing second quarter figures showing a 35% fall in underlying profits to $3.7bn. Despite chief executive Bob Dudley’s assertion that one of Britain’s biggest corporate names has moved on from the hammering its reputation and finances have taken, one analyst warned that BP was “testing the faith” of investors.

The blow-out at a BP-operated well in April 2010 caused an explosion on the Deepwater Horizon rig that killed 11 people and saw 4.9m barrels of oil gush into the sea off the coast of Louisiana, leaving the group with a multibillion-dollar damages and clean-up bill. It announced in its latest quarterly update that the cost had risen owing to “an increase in the provision for various costs and litigation relating to the incident”. The $38bn already includes $14bn in costs to restore 4,375 miles of shoreline and $8.8bn in compensation payments, although it has been reduced by $4bn following settlements with partners in the ill-fated Macondo well.

Dudley said he stood by comments made in October last year when he said the group had “turned the corner”, pledging that operations were returning to normal and setting a target of a 50% increase in cashflow by 2014.

“I don’t think that the company is losing its way whatsoever,” said Dudley, pointing to a return to production in the Gulf of Mexico, where six rigs are now operating. “These things are massively important in terms of getting BP back to work.” He added: “BP is a company still making a transformation. We are building a stronger, safer company.”

The fall in underlying profits to $3.7bn in the three months to 30 June reflected lower oil and gas prices, a higher-than-expected tax hit on its troubled Russian joint venture and maintenance overhauls on its remaining Gulf of Mexico operations. The results included $4.8bn of writedowns largely related to its US refinery and US shale gas businesses, with the performance of the latter hit by a Henry Hub gas price that has nearly halved since last year.

BP shares fell 4.3% to 425.05p. Richard Hunter, head of equities at stockbroker Hargreaves Lansdown, said the results were worse than recent figures from fellow majors Shell and Exxon, which were also affected by lower commodity prices. He said: “BP has unfortunately surpassed the disappointing scene which had already been set by Shell and Exxon.” Richard Griffiths, analyst at Oriel Securities, said the figures were “testing the faith” of investors and on a divisional basis “missed (expectations) at every level”.

Dudley acknowledged that two clouds would continue to hover over the company, as BP admitted that “significant uncertainty” remained over its Deepwater Horizon obligations, with the business yet to reach a settlement with the US Department of Justice. The group is also embroiled in a dispute with its partners in Russian venture TNK-BP, which accounts for 10% of BP’s profits in a normal year. “Until we are able to resolve one or both of those issues we will continue to have a higher level of uncertainty over the company,” said Dudley. Alfa Access Renova, the oligarchs who own half of TNK-BP, have blocked a $1bn interim dividend and have signalled their interest in buying out BP after the group put its shareholding up for sale.

Louise Cooper, analyst at BGC Partners, said a takeover bid was BP’s best hope for boosting a share price trading below its 2012 high of 554p. “BP is a much smaller meal to digest now, having made disposals worth $24bn since the crisis in 2010 – it is not quite an easily digestible snack but is definitely no longer a ten-course feast.”