Blog 2:  The 10 Most Spoken Languages In The World

Almost half of the world’s population claims one of only 10 languages as their mother tongue.
BY JAMES LANE  –   June 2, 2021

Determining what are the most spoken languages in the world is a more difficult task than you might imagine. We can say with some confidence that Mandarin, English, Spanish and Arabic will make an appearance (and roughly in what order), but there are some surprises, too! Would you have guessed that Bengali is in the top 10 most spoken languages?

One small caveat: Assigning hard data, in the form of “X million native speakers,” to any of these languages is practically impossible. What constitutes a language or a dialect is hotly contested stuff. More troubling is the fact that what we refer to simply as “Chinese” is actually a whole family of languages conveniently lumped into a single category. “Hindi” is also used as a catchall term to cover numerous dialects and sub-dialects. We haven’t even yet acknowledged the unreliability of data sources, collected at different times by different institutions. The numbers below are taken compiled by Ethnologue, which is widely considered the most complete language data source currently in existence.

But then again, who doesn’t love a good list? So we’ve compiled two versions for you. 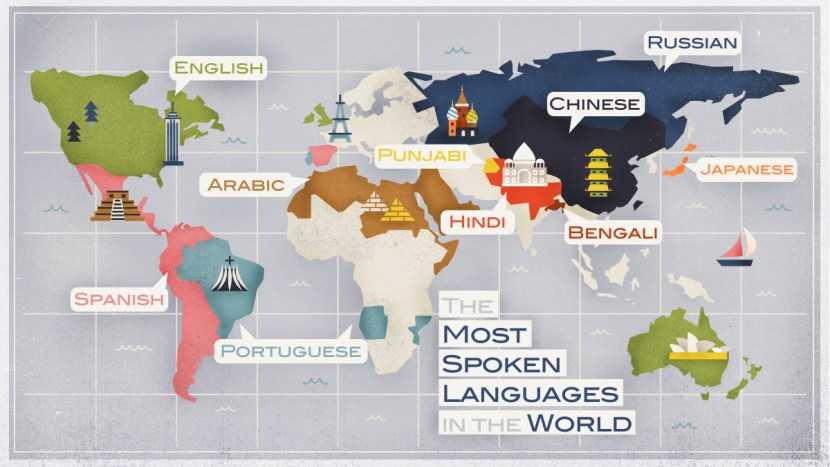 When tallied according to number of native speakers only, these are the most spoken languages in the world. (…)

KEEP ON READING THIS INTERESTING ARTICLE ON THE LINK BELOW:

Source: The 10 Most Spoken Languages In The World (babbel.com)

AFTER READING, ANSWER THE FOLLOWING QUESTIONS: